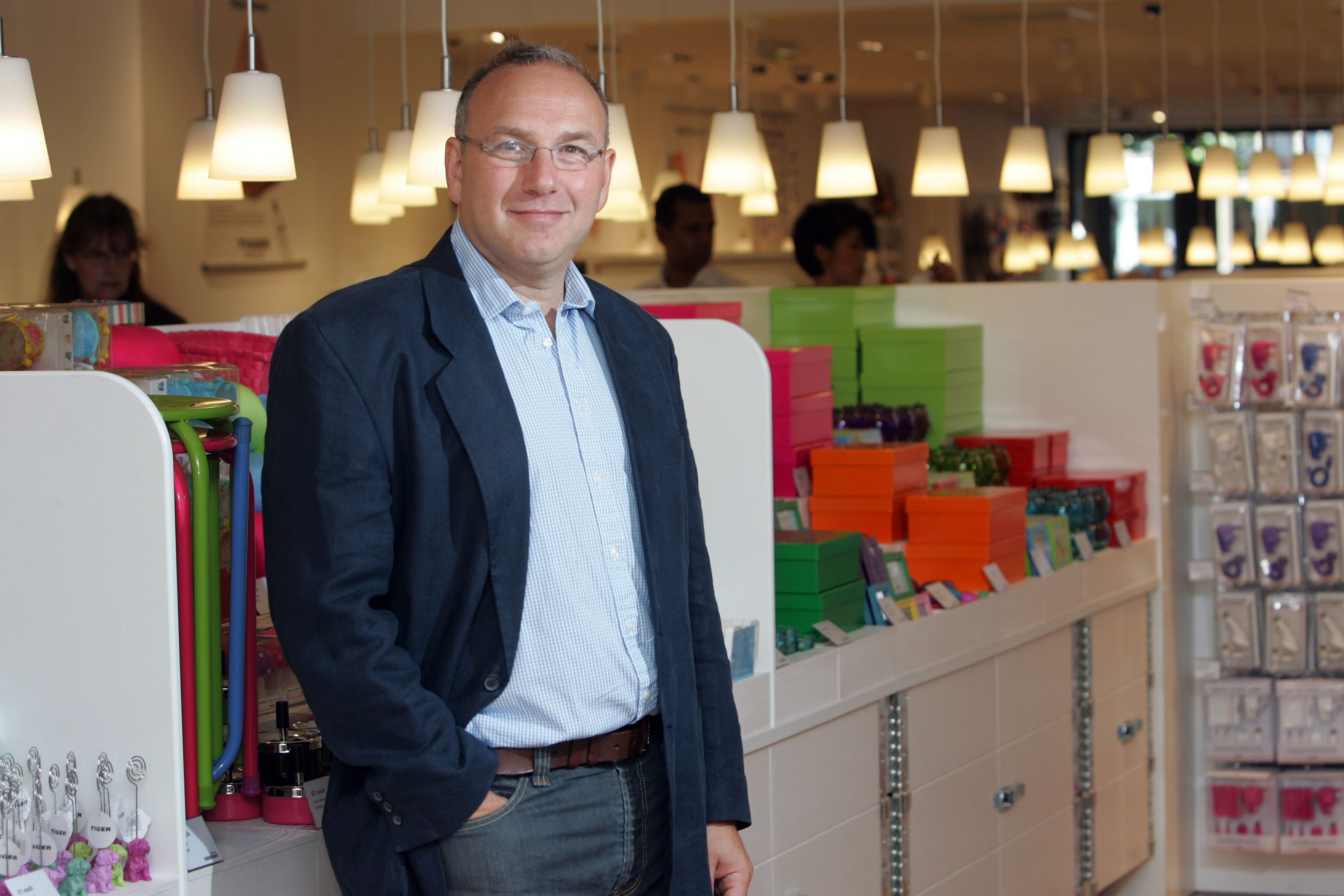 When Tiger arrived on UK soil in 2005, having journeyed over from the Scandinavian nation of Denmark, Woolworths was pretty much on life support. Only three years later the high street staple had gone ? and ever since Tiger has been carving out its offering as a high street-based destination department store.

Growth has been steady so far, building to its current footprint of 40 locations throughout the South East of England and 75 in the UK, but it appears now it the time for Tiger to press the expansion button on the back of impressive sales figures. Total sales for Tiger in the UK grew 69 per cent to ?62m last year, the second highest European market after Italy. Bier has been the man at the helm of UK growth, and had some interesting insights for Real Business regarding consumer habits and retail trends. Whereas in other European markets Tiger has direct competitors to the high street department store model, in the UK they only face this on a more niche level. ?The UK doesn?t really have a shop, since Woolworths, which has departments like we do,? he explained. ?We are a department store, although small, as we have defined areas like home, office, stationary, kitchen and toys. Tiger is very much a department store, but one located in very high footfall locations ? city centres, not somewhere you have to drive to.? Tiger?s competitors in the UK tend to be more ?specialist stores?, such as Rymans or Muji which compete in the stationary arena. Pricing is a key component of the Tiger offering, and something Bier believes is most effective at ensuring customers return. However, he?s quick to distance the brand from the concept of ?cheap and nasty? ? emphasising that just because something is affordable it doesn?t necessarily mean it has to be ghastly.

For anyone who has stepped foot into a Tiger store, something which is increasingly likely with its site roll out, you?ll notice that all products are Tiger branded. From batteries to boardgames, the pan-European retailer has managed to create a shopping environment that is consistent across many locations. While the UK warehouse is stocked by products decided by Tiger?s headquarters in Denmark, individual shop managers have autonomy over what is ordered in to their locations. ?Managers here have a lot of autonomy, and we develop them not to run a shop but a business ? taking ownership of the P&L [profit and loss],? Bier explained. ?This provides a great sense of ownership and being involved.? With Tiger not being a straight replenishment business, Bier is not a fan of traditional EPoS systems (technology designed to monitor what is sold) and instead puts greater value on studying intelligence and then using intuition to decide what will sell best. He cited the British weather as a prime example of why planning for a month away makes little sense. ?If we lived in a country with a steady climate like Saudi Arabia then we wouldn?t need to worry, but here we had a heatwave ten days ago and now umbrellas are our best seller ? compared to bottles of water back then,? he added. ?Having people in stores with their fingers on the pulse, knowing what is happening locally like a school fete to trigger demand, is important. There are so many variables, so having managers in stores who understand buying and selling is a key element to the business.? The intuitive nature that Bier likes in his store managers is best encapsulated by one example he gave, a female head who is ?spot on? every week. Despite not being able to nail down exactly why she?s so successful, the manager has a ?tiny stockroom, terrible logistics, but no wastage? ? whatever she ordered went out.

Managers of Tiger locations these days are able to be far more responsive to things like weather and local events since warehousing is UK based. When the warehouse was in Denmark, orders took up to two weeks to arrive. Now goods are delivered in three days, meaning Bier does not have to pay London rents for stockroom space. ?It?s all about fine-tuning the ordering process. At our Spitalfields shop, in the run up to Christmas we sell between 15 and 20 per cent of our stock each day ? so you need a logistic supply line backing that up,? he said.

Digging down into the psyche of UK consumers, Bier described them as ?very sophisticated? and the high street as ?well developed?. British shoppers, he believes, are incredibly demanding when it comes to things like service and price ? which they are able to be because there is so much competition in the market. As we touched upon in the headline of this feature, Bier does not place much value on the concept of customer loyalty. Taking a decidedly Danish approach, pricing within Tiger stores is discreet ? leaving it to shoppers to discover it for themselves and decide whether it is what they?re willing to pay. ?It?s not about us telling them it is a good deal, and I think a lot of retailers underestimate the sophistication of a customer,? he explained. ?Look at loyalty cards, do people really buy into that? You can gather some intelligence from them but the customer, in what I think is a post-loyalty card environment, just wants a good price. The whole thing about loyalty is quite offensive, you cannot expect customer to be loyal ? it just doesn?t exist.?

Bier does not think that if a customer has one, two or three bad experiences they will return simply out of loyalty. Tiger, in the UK at least, is looking to create a destination department store offering that brings British consumers what they used to have with Woolworths, but with a Scandinavian twist. Through activities such as exclusive collaborations with artists such as David Shrigley, the British creative set to be responsible for the latest fourth plinth in Trafalgar Square, Tiger is hoping that consumers become more aware of its offering and start to see it as a go-to place for certain products. It?s marketing is based on being located in areas of high footfall, and new store location will be based on determining areas which are ?urban, trendy and with disposable income?, and are in the good areas that are getting better ? rather than the bad areas that are getting worse. Like Scandinavian brands such as IKEA and H&M have done before it, Tiger seems to have created a retail offering that resonates well with the British shopper. Like the Kings Road shopper who bought headphones in every colour on the site’s opening day ? Bier is hoping people continue to gravitate towards its low price and good customer service environment.