In the not too distant past, the mysteries of financial knowledge were revealed nearly exclusively to boys from wealthy, well-connected backgrounds who could obtain entrée into a career within the hallowed Square Mile.

Then stocks and shares being available on the high street and we saw new styles of leaders emerge from outside the City of London – people like Richard Branson and Alan Sugar, who came from very different backgrounds to equal and outstrip the traditional wealth.

But with the growing accessibility to entrepreneurship, and even a sense of entitlement to millions of pounds spreading like wildfire through the millennials, both new opportunities and new problems have emerged.

The first is that a large proportion of the population is uneducated in investing and finance. The majority of parents think that is the job of schools to teach children how to use money properly and say they avoid talking to their children about money for fear it worries them.

If money is discussed in the home, it is more likely talked about in emotional terms – what effect it is having on the family lives. There may be discussions of money worries or plans for treats. But there is little when it comes to teaching the use of money as a a financial tool.

The Money Advice Service last year found that only four in ten children aged 16-17 were getting a financial knowledge education. Some 59 per cent could not even read a pay slip. Increasing, knowledge in the schools is something the Enterprise Agencies are currently working to address – but we are a long way off at the moment.

With people eager, if not desperate, to join the ranks of the wealthy, we have seen the growth of people selling “the knowledge” in the last five to ten years. Cult wealth creation gurus have emerged, people like Robert Kiyosaki in the US or Kevin Green in the UK, who have made their millions in buy-to-let property and are adding a mainstream income from books and seminars.

Advice such as this is still unregulated, and, a few years ago, the BBC showed a terrible story of a woman who had spent £50,000 on such seminars and was still as broke as she was at the start. Not a great advertisement for nurture over nature.

We have those who have made millions from buying and selling businesses, and some of these have also added further income streams from teaching others how to do it. One such example is Jeremy Harbour, of the very exclusive Harbour Club, who shares his strategies and provides guidance to others on acquisition. To understand the breadth of this trend, one only has to look at social entrepreneur Roger Hamilton’s plans for his Enterprise Resorts worldwide.

The US trend to hit the UK is wealth coaching. The US Wealth Coaching Academy describes wealth coaching as focussing on discovering “your true purpose for money and life”, and choosing family legacies and social capital legacies, while bringing clarity to your lifetime goals and philosophies. All very different from the number crunching approach of the traditional financial planning that has been on offer in Britain.

Some life coaches now offer money coaching help, championing the need to shift beliefs and associations about money into a better flow, in order for you to make money. You may be advised to use positive affirmations to condition you to wealth, by repeating daily affirmations such as “wealth flows at me from all directions”.

You can go all out and get financial therapy, which combines traditional (but non-product specific) financial advice with the psychological, whilst also claiming that money is less influenced by logic and more by beliefs.

While this has been available for some time in US, it is now spreading to Britain with pioneers such as Simonne Gnessen, author of Sheconomics. Gnessen, also an NLP coach and therapist, argues people are held back from making money by low self-esteem, making them believe they will never be worth much, and that negative emotions from abstract childhood concepts can result in recklessness or anxiety over money.

Sadly, there is still a big disparity between the way girls and boys are taught about money. More boys are taught to set financial goals, while girls still learn about how to manage the household budget. The result is a huge confidence gap between men and women with regard to investing and finance.  Responding to this need, there has been a particularly big growth in female-orientated advisors, such as the SavvyWoman, Evolution for Women, The Talented Ladies Club, Miss Lolly, and Mrs Moneypenny.

From my own experience, I can now see how being insecure in my knowledge of financial matters held me back, not least when about eight years ago I backed away from selling my last business to a hugely successful acquisition group which would have taken it a great deal further. However, as so many women do, I felt afraid that I would be totally out of my depth with men who bought, developed and then sold businesses for breakfast. I therefore applaud the idea of broadening financial knowledge.

I can see too that it is a truism many of us avoid being totally truthful to family or friends about. Being able to talk honestly, and in confidence, and shake off poor financial habits might be useful – if expensive.

Undoubtedly, selling the “ability to get rich”, in one form or another, is a massive and growing industry, but inevitably it will often be preying on the most vulnerable or desperate people looking for fairytales. 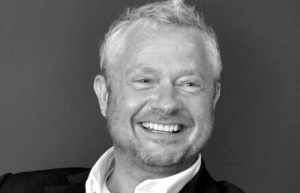 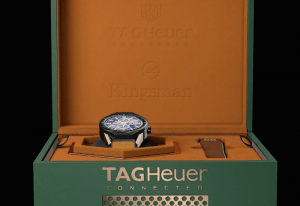