It’s time however, to uncover the truth. So, should we write off a business model which probably makes more millionaires globally than any other industry? Or should we separate what network marketing gets right versus what it gets spectacularly wrong?

The commonplace criticisms include “only benefiting a few”, “not a viable career” and it being a hype-driven climb to a shaky Del Boy lifestyle, resulting in a Caribbean cruise and a Mercedes-Benz (only if you maintain your targets).

This is a public relations travesty. So network marketing has a lot of explaining to do, but let’s examine the facts.

Too many people group the industry together and aren’t sure of the difference.  What’s the difference between network marketing (or multi-level marketing) and direct sales?

Simple: Network marketing involves direct sales – selling a company’s products directly, but it also means building a network of distributors who sell under your leadership and guidance. This makes you a business owner and entrepreneur. Seldom is this crucial distinction made.

Time to start recruiting the right people for a change

Bankers, managers, sales execs, teachers, retailers, brokers, corporate climbers among others, are just a sample of working people with exactly the right qualities and skills to be successful in network marketing.

This goes against all the logic and reason about who should work, or “represent” this industry. Where we go wrong is in attracting the desperate, needy, non-committal and lacklustre types we so often associate.

I left a corporate career at a major multi-national drinks company because I wanted both financial security, financial rewards and a work-life balance which no senior corporate life could ever deliver.

While salaries are good, the complexities and vulnerabilities of corporate life can lead to immense stress which null and voids any pay package. By creating my own network marketing business, it allowed me to use my skills and narrow my focus which has resulted in a seven-figure income for the past decade.

The notion of job security is something of a misnomer. The economy, financial viability of the company, management decisions makes being employed in the traditional sense no less of a threat than any other option.

It’s for this reason we need to recognise network marketing’s ability to create true entrepreneurship, without the risk associated to starting up or holding a volatile high profile job.

No matter how good they are, those who work in corporate will realise at some point that no one is indispensable to the organisation. This can never be the case with a network marketer who will always have a clear picture of the strength of their business, through the size and performance of their distributor network.

Who really works for who?

Many network marketers make the mistake of telling people, “I sell for, or I work for company X”. Wrong.

The biggest lesson I can impart from building a career as a network marketer (in no less than three major international companies), is that YOU are the business. Not the company on behalf of whose products you and your distributors sell. YOU.

The network marketing company is simply a supplier to that distribution network.  This does not detract from their products, training, support and goodwill, but it’s about empowering network marketers to make this clear distinction.

The number of people in Britain working in network marketing has stayed stable at around 400,000. However, revenues generated have increased ten per cent over the past year alone to no less than £2.6bn (out of a global market size of $180bn).

This is impressive, but we’re still behind countries such as Germany where network marketing generates nearly £10bn.  The reason why is clear, in other countries, network marketing is seen as a credible career path to entrepreneurship.

The success of those who have made it in this industry debunk the stereotype. They are credible entrepreneurs with transferable skills, rather than individuals who managed to strike it lucky once off.

I have network marketing colleagues who have bought new Bentleys and private jets. They’ve earned the money, it’s their decision how they spend it.  We make the mistake, however, of using this degree of material success as the draw card to the industry.

I also know others who have done equally as well financially, but do not use it as bait to promote what we do. Yes, there are certain network marketing and direct sales companies which offer a Mercedes or the like as a reward for reaching milestones – and deservedly so.

This, however, creates an uncomfortable fear of missing out (FOMO) for those seeing the “moment of success” on Facebook streams, which can lead to the wrong example.

What network marketing has the potential to deliver is financial freedom, peace of mind, a balanced work-life balance. Ultimately, greater control over one’s destiny.

These benefits are far greater and meaningful than the flash of any supercar.

Having risen to the top of three global network marketing companies, Cliff Walker is an internationally renowned trainer, speaker and author on all aspects of best practice around network marketing.

Getting the most from a finance team at a growing company 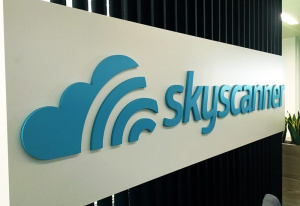