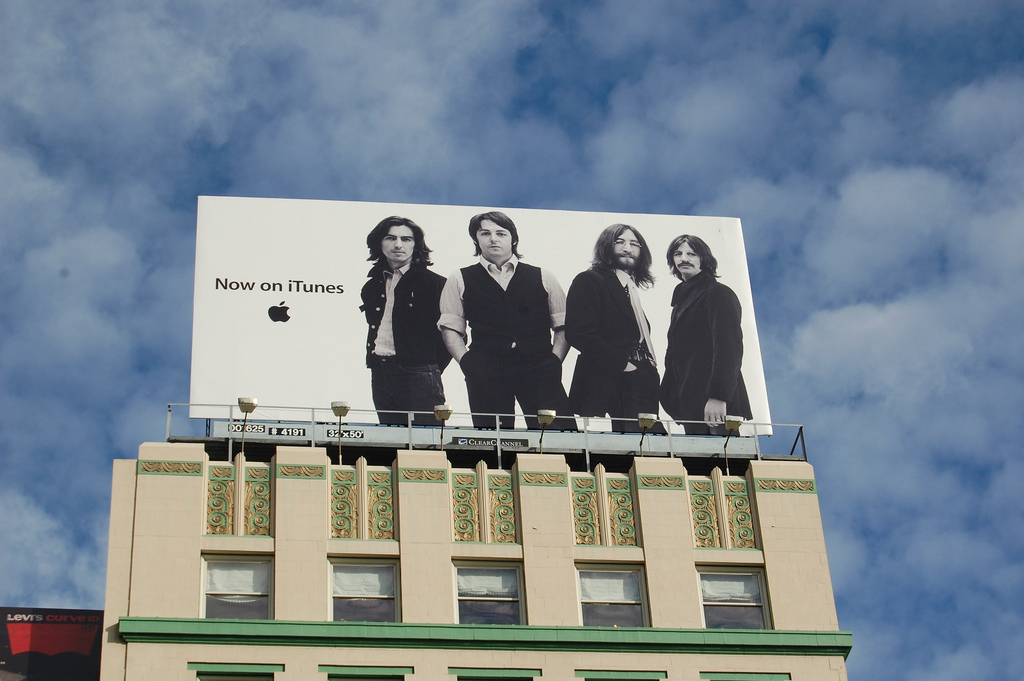 In a bid to beat the VAT rise, I used the new year break to turn my back on the age of austerity. One of my chief treats was the recently released Beatles collection on iTunes.

It has, as part of it, the album Revolver, released in 1966. One of the big hits of that record was “Taxman”. Talk about history repeating itself. How do these lyrics feel? Let me tell you how it will be,
There’s one for you, nineteen for me,
‘Cause I’m the taxman,
Yeah, I’m the taxman.
Should five per cent appear too small,
Be thankful I don’t take it all.
‘Cos I’m the taxman,
Yeah, I’m the taxman. (If you drive a car), I’ll tax the street,
(If you try to sit), I’ll tax your seat,
(If you get too cold), I’ll tax the heat,
(If you take a walk), I’ll tax your feet.
Taxman. The song’s writer, George Harrison, explained: “‘Taxman’ was when I first realised that even though we’d started earning money, we were actually giving most of it away in taxes. It was and still is typical.” The last line from “Taxman” is “And you’re working for no-one but me”. Turns out that nothing has changed. For, until May 30, you will be working for the state. Every week, every second and every hour, for 149 days, everything that you earn, all of it goes to government in tax. (These figures, calculated by the Adam Smith Institute, are based on all taxes as a percentage of income.) So, if you’ve made a new year’s resolution to give more, then good news, the taxman is going to help you keep your promise. Forget about yourself until June, you’re working for the government now and if that doesn’t motivate you, remember that this is a government that’s banking on you playing your part in the “enterprise-led recovery”. The prime minister, David Cameron, used his new year message to say that he wants to bring about “a new economic dynamism” to Britain to help create private-sector jobs and he called for more lending, particularly to small businesses. But it isn’t borrowing that business needs as much as keeping more of what it earns.   If the prime minister is serious in his ambition to create jobs, then his commitment must be to wealth creation – and this means getting to grips with tax. Of course, the government would claim that it is committed to lowering taxes as soon as the proceeds of growth allow it. But the problem with this view is that it misses the point: lower taxes themselves energise businesses to produce and do more. For the political cynics, this is an unacceptable view. If you lessen the tax burden then business will keep the proceeds, thus bloating the unacceptable face of capitalism. Maybe some business leaders would do precisely that, but I think many more would use the proceeds of a benign tax environment to create the jobs the PM craves and build the better businesses that will deliver the recovery. The problem is that addressing it might not be politically popular. Cutting the tax burden on business would, in the short term, potentially benefit the few at the expense of the many. Video games The PM likes inclusiveness but he needs to get into the habit of backing individual winners. He says, “Together, we can make 2011 the year that Britain gets back on its feet.” I think a better point is that the broader “we” are counting on a small number of “you” to take the risks to deliver the growth that can get Britain going again. However, in the interests of the many, the government is set to scrap tax relief for the few – in this instance, for the video games industry, with the Chancellor dismissing it as “poorly targeted” to start with. I’m not so sure that he’s right. This is an example of an emerging business sector where Britain has a genuine claim to the mantle “world class”. Expressing its disappointment, the industry’s trade body – TIGA – claims that the video game sector “offers opportunities for growth and high value, high technology job creation for the UK”. It would seem to me that if anything is poorly targeted, it’s the decision itself. For example, Singapore – which delivered national growth of 14.7 per cent last year – will no doubt be using its own existing tax breaks to lure developers away from these shores. David Cameron says that a lot of the “heavy lifting” will need to take place in 2011 and I agree with him. With some 330,000 public sector jobs set to go, motivating the private sector to do more is pivotal. So, an uplifting crescendo. Another song on the Beatles album is “Good Day Sunshine”. If Mr Cameron wants sunnier times, then getting to grips with tax is the quickest way to delivering the blue sky of economic recovery. Michael Hayman is founder of the public relations consultancy Seven Hills. Picture source