After leaving Tinder, Wolfe created dating app Bumble with a view of letting women take control of the online dating world, which can turn quite ugly – as demonstrated by her clash with former Tinder colleague Sean Rad.

Billed as “changing the rules of the game,” the Bumble app is open to both sexes, although it’s only women that have power to initiate conversation, while it comes with a strong reporting ability to keep behaviour respectful.

With that in mind, Wolfe has taken a liking to gay dating app Chappy and provided a seed investment ahead of its launch in 2017. As sole investor, Bumble will secure an equity stake through the deal and support product development and marketing.

“Bumble is passionate about helping people connect, confidently, safely and in an environment where they feel empowered,” said Wolfe.

“Chappy shares these values and has created a product for an audience that we feel is very underserved. Bumble has made great strides for women in the dating space and we believe Chappy will do the same for gay men – it’s everything we could wish for in a partner, we’re very proud to be supporting its debut.”

Like Wolfe, Chappy co-founders, former Made in Chelsea star Ollie Locke and Jack Rogers, want to change the market with an app that matches guys based on what they’re looking for. This is done with a scale that includes Mr. Right and Mr. Right Now.

The pair claim to have been “disenchanted” with existing gay dating services, thus set out to create a new community with a modern attitude – Chappy claims to be a new chapter for the sector.

Locke said: “Chappy represents the future of gay dating and we’re thrilled to have an investor and partner as well versed in the market as Whitney and Bumble.

“In addition to fully understanding our ethos and mission to normalise gay dating, Bumble also knows the importance of an app fully recognising the needs of the user. We’re very proud to be working with Bumble.”Through her female-centric dating service Bumble, Tinder co-founder Whitney Wolfe has backed gay dating app Chappy, which has been created by Made in Chelsea’s Ollie Locke. 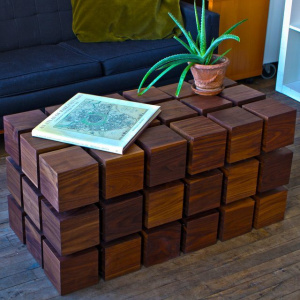 From floating cubes to reacting chandeliers, RockPaperRobot aims to make the world a magical place 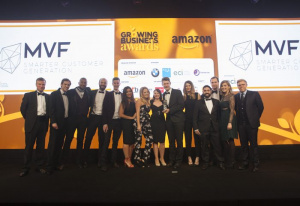