While there’s a slim chance your recruitment budget will match the £650m spent in the Premier League’s summer 2017 transfer window, hiring the Messi or Ronaldo of the sales world will still cost a large sum. Why? Because you’re competing against the rest of the market and the pool of star players is small – and it also stands to reason you known how to go about managing talent.

With the new season starting in August, understanding what it takes to persuade the best talent to sign or stay with you over the competition determines where your team finishes at the end of the season. With that in mind, here are three areas businesses can learn from Premier League clubs regarding managing talent.

Dip into the international player pool

The Premier League has more international players than any other European football league. With 69 per cent of players born outside of Britain, the Premiership has always deepened its talent pool to find the best players.

Research from the Recruitment & Employment Confederation found that 48 per cent of bosses believe they will be faced with a talent shortage this year. Now more than ever HR leaders should be looking globally for talent. If your business is looking for specialist skills, then hiring from abroad could be more economical than training from within the organisation.

The return on investment in top talent will almost always outweigh the cost. It’s not worth settling for a Titus Bramble when you can have a Kanté instead.

From basketball to rugby, nearly every major sport is starting to use big data and analytics to enhance performance and results. Many leading professional football teams use data insights for strategic plays and player performance, which in turn helps them in managing talent.

Middlesbrough FC is using data to inform its transfer strategy. The club uses analytics software to create a detailed profile of each player and their attributes, enabling the manager and team recruiters to make an intelligence-based decision on which players to bring in, and predict the impact they will have on the team.

This data-driven approach to recruitment and managing talent is happening across HR teams as well. HR leaders are using data to support hiring decisions because relying on instinct is hard to justify and validate, and open to costly errors – research suggests a wrong hire can cost a company $25,000.

Once the right hire has been made, analytics continues to play a role in an employee’s career progression. People analytics have become more commonplace with HR teams looking to identify, recruit, develop and retain the right people. In 2017 Deloitte’s Global Human Capital Trends, 71 per cent of organisations see people analytics as a key priority for the business, not just HR.

It’s about understanding how an employee performs, using patterns in their work or behaviour to inform training, fast-track programme selection or whether they’d be better suited to a different role. This approach has been used for years in football. Last year’s champions, Leicester City, are an example of how managing talent in such a way brings success.

During training, each player wore a GPS vest so the analytics team could track key metrics for each player. Coupled with a qualitative pre- and post-game assessment, the data informs player positioning, training strategy to avoid injury and tracks performance and progress. As a result, Leicester City suffered the fewest injuries last season, surely a vital if often overlooked component of the club’s success.

While money is the strongest bargaining chip for any football club looking to lure star players, not every club has the budget to entice the players they want. That means the likes of Brighton & Hove Albion or Crystal Palace have to rely on creating a great overall experience for players.

As Leicester City showed last season, culture has the ability to transform a business from underdog to champion if it’s prioritised in the right way. The Deloitte study found nearly 80 per cent of executives rated culture as important, but only 22 per cent said their companies were excellent at building a differentiated employee experience. Get it right, and you stand a better chance of bringing in a Beckham for the (original) price of a Jamie Vardy.

Mirror clubs and take a close look at your organisation’s talent management strategy. If culture, data and an international outlook are not core parts of your thinking then perhaps it’s time take a few lessons out of the footballing world’s playbook.

Chano Fernandez is president EMEA and APJ at Workday 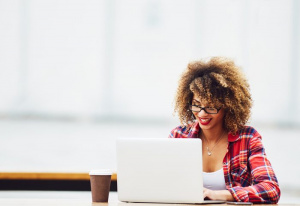 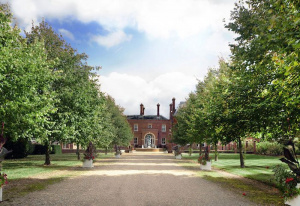 Champneys: The iconic British brand reinvigorated with £10m a year