Networking events can be awkward and uncomfortable. But they are like an elderly, and quite wealthy, maiden aunt who’s about to expire –  you really have to attend, because the pay-offs could be great.

So how do you navigate the social decorums of networking events whilst gaining some useful contacts to use in the future? The answer? Follow the top tips below, for you’ll never know who you might meet at a networking event – and what they might be able to do for your business. 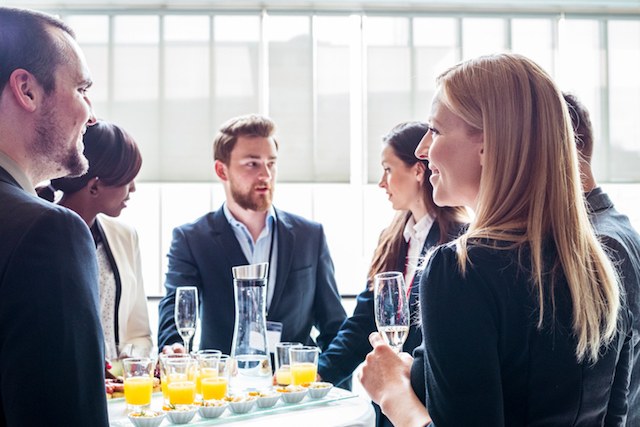 If you know you’re going to be attending a networking event after work, don’t wait until you’re rushing out the office door at 5:30pm before you’ve had time to think about who might be attending.

If it’s your own networking event you’re attending, check out Helm Tickets to familiarise yourself with the notable people who might be coming. The online ticketing software also allows you to see their roles at their respective companies, which avoids any awkward ‘what do you dos’ when you run into them.

If it’s an external networking event you’re attending, chances are it will be on Eventbrite, (an event global ticketing website). The platform has an option where event managers can show you who may be attending the event, so it’s vital you spend a few minutes checking this out first.

Also, take to social media, and to platforms such as Twitter, and reach out to the people you’ll know you’ll want to meet before you get there.

It’s worth also trying to target the PRs who are involved in setting up the event, or who may be representing a key figure who is attending or even speaking. This could provide you with a ‘quick-win’ access to the person you most want to meet.

Have your business cards up to scratch 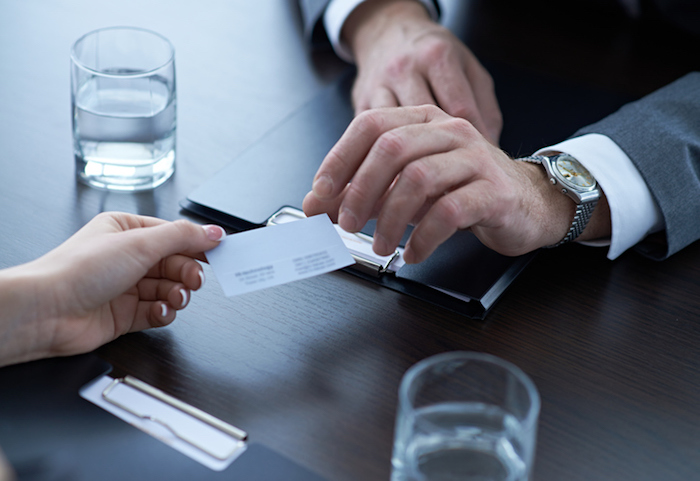 Now we all know that SME owners are often short on time, but do make sure you have your business cards to hand in all their beautifully designed glory.

After choosing a brand winning design, keep a stack of them in your pocket before you go to any networking event, for nothing says disorganised like a CEO forced to scribble their email address onto a wine-stained napkin.

Remember when it comes to promoting your business at a networking event, appearances and first impressions are everything.

Generally, people don’t like a hard sell, at least pretend you are engaging on a social level first.

But this is not as easy as it sounds. The best way to get into the mindset of ‘I’m not a pushy business person, I just want to have a conversation’ is to think like an old-fashioned Brit. This means try to avoid talking shop the second you clock a potential networking contact and start speaking to them.

If you’ve seen someone at an event who you haven’t reached out to remotely and want to engage with them, do so in a manner that is light and social. Act like you are at a party and start the conversation with casual small talk, such as asking them if they are enjoying the event.

If a person responds and engages with you, you can then ask them why they have attended the event and if they continue to respond warmly, you can introduce your business personality and the reason why you are attending. Providing the conversation has been reciprocal thus far, you can then take the conversation into business networking territory.

This may sound like simple and even obvious advice, but it’s very important. The sooner you follow up on a contact you met at a networking event, the more likely they are to remember your conversation and respond to you positively. ƒ 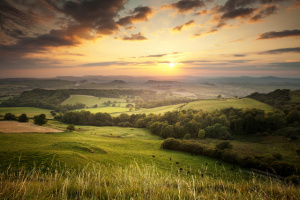 Why SMEs need the “human touch” in workplace support services