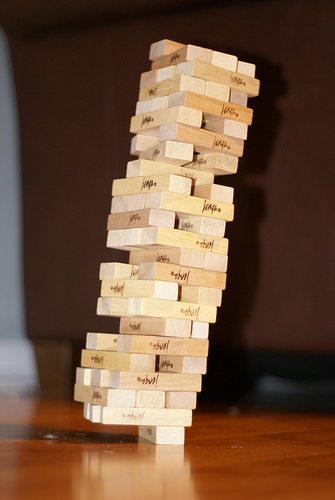 TJ Hughes was scooped up three months ago by private equity turnaround firm Endless. Shortly before that, the company was refinanced with an asset-backed debt facility from the Bank of Ireland that provided around ?15m to ?20m in working capital.

TJ Hughes has reportedly announced that it will appoint an administrator in the next ten days. Its website is currently down.  The news comes as a number of UK retailers have come unstuck in recent days. Jane Norman held talks with Sun Capital Partners and Jon Moulton’s Better Capital days ago to discuss salvaging the women’s fashion chain. The company has now gone under, with administrator Zolfo Cooper getting called in yesterday after landlords threatened to seize clothes as compensation for unpaid rents.  Zolfo Cooper said in a statement yesterday: ?Following a period of testing trading conditions, the company has experienced severe cash flow difficulties which resulted in the board requesting the appointment of the administrators.? Habitat is yet another high-street casualty. The furniture and homeware chain sold three flagship London stores to Home Retail Group, the owner of Argos and Homebase, while all other outlets have fallen into the hands of administrators.  The bleak outlook for TJ Hughes comes just three months after private equity firm Silverfleet disposed of the discount department store. Since Silverfleet came into the business in 2003 for ?56m, TJ Hughes has grown from 37 outlets to 57 and now employs 4,000 people ? or equivalent to around 2,000 full-time staff. While many consumer-facing businesses suffered, TJ Hughes benefitted from the downturn as prudent shoppers traded down. It enjoyed the second largest year-on-year sales growth in 2008 to 2009 of all UK department stores after Harrods. The chain also expanded after Woolworths ran aground, buying up stores that were sold off when it was liquidised. It is thought that TJ Hughes, already deemed too risky by its previous credit insurer, has suffered a drop in sales in homeware as consumers refrain from big purchases such as TVs and white goods amid a still ambiguous economic situation and a VAT hike to 20 per cent.  Picture source Read more from Real Deals