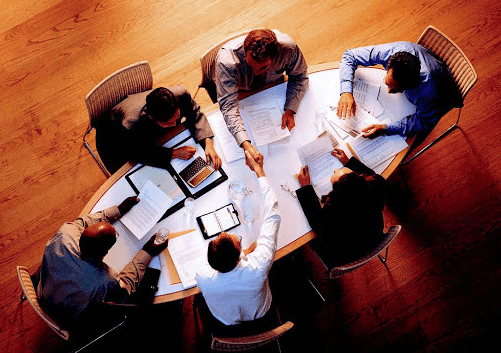 For a majority of small and medium-sized companies, being acquired by a corporate giant is the ultimate business ambition, the fulfilment of their most optimistic business plans. Remember AOL buying MapQuest for $1.1bn in 1999? Google buying Youtube in 2006? Or Facebook buying Instagram last year?

But what should you do when you feel the acquisition isn’t right for you and your business?  That was the situation I found myself in back in 2008 when my company, Fast Web Media (FWM), was acquired by Microsoft as part of its purchase of FAST Search and Transfer (FAST) for $1.3bn. I’d joined FWM, in which FAST had a controlling interest, as its CEO in 2000. I had first encountered the company when I was sponsorship director at Bass plc, responsible for the Carling brand, among others.  FWM was handling the official website of the Premier League – one of the most popular sites on the web – which Carling sponsored at that time. The internet was still a fresh, emerging concept 13 years ago but I saw the potential in the work FWM were doing, and sensed the scale of the opportunity in what we now know as the digital marketing sector. We were the ‘Skunkworks’ within FAST: focusing on optimising search rankings and on the then-emerging sectors of web optimisation, advertising and marketing. We studied the inner workings of the early search engines like Yahoo!, AltaVista and in the late 90s, an upstart market entrant called Google, and then worked out how we could optimise the online presence of our clients for maximum visibility. Can poachers work for gamekeepers? In effect, as a company we were ‘poachers’ – getting the inside track on how search works, and helping our clients take advantage of that knowledge.  Meanwhile, Microsoft became interested in adapting FAST’s specialised search products for use in its SharePoint software, and also for development of what became its own search engine, Bing. This led to the 2008 acquisition of FAST by Microsoft, which was a fruitful deal for both parties. FWM was also acquired as part of the overall transaction – but I soon started to wonder if this was the right fit for us. I felt that there was a risk that what I saw as our core strengths – our poacher’s knowledge of how to maximise clients’ presence across a range of online platforms – would become diluted.  I believed that FWM’s search marketing services still had massive growth potential. We also had our client base that we wanted to continue serving and delivering value to.  This helped me to realise that we would be better standing on our own two feet, as an independent company. So I started to work on an MBO, contacting investors and partners to raise funding, and then opened negotiations with Microsoft. Declaring independence In July 2009, 15 months after the acquisition by Microsoft, the MBO was completed and FWM was established as a separate company.  Obviously, when planning the MBO, you hope and believe you’re making the right decision for the future of the company, and it’s tremendously gratifying to be proved right, and that the company can emerge from the shadow of a much larger company and flourish on its own. We had 18 staff at the MBO in 2009 and we’ve grown to over 30 now, to service our expanding client base. Revenues have grown similarly: we are targeting over £4M this year, up from £3M last year.  Since setting up in Salford’s Media City, the new home of the BBC and ITV, the company has opened further offices in London in addition to its operations in Amsterdam and Kerala, India. It has also set up a strategic partnership with the University of Salford Business School, for research and development in search marketing and social media. We’re also the only search marketing agency to have been part of a major global search engine company. We’ve developed a range of innovative digital products including WhoLooked, which provides companies with data about visitors to their website; a complete digital marketing solution called BIGprofile and the multi-award winning weatherFIT, which enables brands to determine which PPC adverts to display according to live weather conditions. The key lesson I learned from this process was the importance of acting on the instinct that FWM should be a separate company, and that it would continue to succeed.  We needed to move quickly to maintain relationships with our clients and crucially, in our team, and we were able to achieve those objectives, giving the company a strong foundation to build on as an independent firm.  My advice to anyone whose company has been acquired, and finds themselves wondering if it’s the right thing for the business, is to go with your gut feel – after all, you know and understand your business better than anyone.  Your instinct will quickly tell you if the fit is right. If it isn’t, it’s important to move quickly and marshal the resources to enable your company to stand on its own two feet, before you lose momentum, reputation and your clients. Mike Flynn is CEO of Fast Web Media.