Now that Tokyo, Japan has been picked to play host to the 2020 Olympic and Paralympic Games, British SMEs need to get involved and win business for the Tokyo 2020 Games.

Speaking this morning at a conference in Canary Wharf, Mayor of London Boris Johnson addressed 500 London-based small businesses to encourage them to use their skills, expertise and experience of the 2012 Games to win contracts around the globe.

“London is synonymous around the world with outstanding innovation and expertise,” says Mayor of London Boris Johnson.

“Our small businesses provide the foundation of that reputation and my team are determined to provide the assistance that will help them trade on the international stage. Every contract they sign and every Peso, Rand, Yen or Euro they win will help drive regeneration, create new jobs and spur growth in London.”

What better opportunity for small businesses than to tap into their Olympic experience and sell to Tokyo 2020?

The Rio 2016 Games are already proving fruitful for British firms. A group of UK tech startups are heading to Brazil later this week to explore further commercial opportunities and potential business available for them in Rio, Campinas and Sao Paolo. The “Great Tech Expedition to Brazil” is one of the trade missions being organised as part of the Mayor’s Export Programme, being delivered in partnership with UK Trade & Investment.

Further trade missions available to SMEs, held in partnership with UKTI, will head to Austria, South Africa and Kenya this year, and to Mexico in 2014. The Export Programme is funded by the London Enterprise Panel, which supports the creation of jobs and growth in the capital.

“Last year the Olympics showcased the best of British, both in the Stadium and in the international marketplace. We need to build on that success and encourage businesses to harness the expertise and experiences gained from the 2012 Games,” says Parveen Thornhill, UK Trade and Investment’s Regional Director for London.

The Mayor of London’s Deputy Mayor for Business and Enterprise, Kit Malthouse, adds: “Around 80 per cent of people working in London work for small businesses and in many ways they are more important to the capital’s economy than the bigger household names, many of whom are already well established overseas.

“We want to help smaller firms do the same, and that is why we are doing our utmost to provide them with the support and the links to business opportunities both at home and abroad, which will result in deals that can help expand the capital’s economy.” 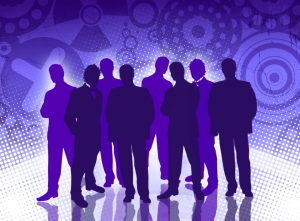 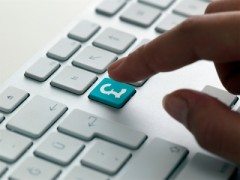 E-commerce: Being frictionless is key