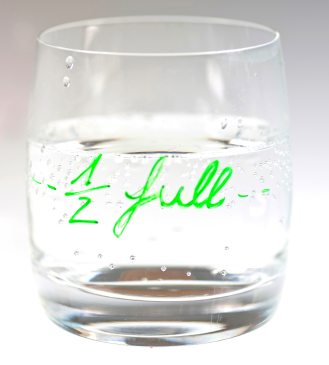 This week could be a case of lies, damned lies and statistics when we find out for sure if we really did go through a double dip recession.

On Thursday, the Office of National Statistics does its annual review of all its numbers and included in that will be its third and final release of Gross Domestic Product (GDP) figures for the first quarter of 2013. A number of economists, and reams of Sunday paper newsprint, have hinted very heavily that we never rode the roller coaster that was the double dip and in fact took a little spin on a rather flat and uneventful tea cup ride. To those on the front line of business, this will not be a surprise. In fact, Thursday?s announcement may well be greeted with a shrug of the shoulders and a quick “told you so” by many SMEs. Of course it?s tough out there. We had to come back from a pretty sharp recession between the second quarter of 2008 and the second quarter of 2009 and even when “officially” we were out of it, it didn?t much feel like that and businesses had to fight tooth and nail over every available pound. However, as I wrote last week, confidence, as a result of a lot of hard work, has started to return to businesses and, although somewhat meaningless in their constant revision, these figures will have a big part in the play that is our economic confidence.  It is a shame that, if they do wipe the double dip from history, the revised figures are out the day after the chancellor reveals the content of his Spending Review. It would be a good indicator that Osborne has been correct to hold his nerve and keep his ship set on the same course. Increasingly, the so-called experts, many of which have been criticising the chancellor, have been breaking cover to revise their own GDP growth forecasts upwards and even suggest that these positive revisions might be too conservative. It?s pretty much accepted that Osborne will wipe ?11.5bn from the Whitehall budget on Wednesday. I have little sympathy with many of the government departments facing cuts. We have all had to become more efficient in how we operate and cut our cloth accordingly to all the economic factors we?ve faced. They have to be no different. Therefore, our focus on the content of the Spending Review should be on the chancellor?s ?15bn investment programme for road, rail and energy projects that will have multi-layered benefits for the British economy.  For example, from the designers, engineers and plant machinery suppliers that will create the roads to the haulage companies, delivery drivers and sales reps using the new highways, the economy will benefit. The small and medium-sized businesses that have played a part in making sure the double dip never actually happened can also now take advantage of the trickle down through the supply chain required for Osborne?s infrastructure investment.  If this all comes together there?ll be no lying about the statistic that will prove we are on the right track to growth. Charlie Mullins is founder and CEO of Pimlico Plumbers.