These are the most conservative numbers. I expect the numbers in 2014 and 2015 to be two to three times higher.

The product is affordable and highly effective for getting cyclists noticed. Niche and genuinely unique, the products appeal to distributors in an otherwise fiercely competitive market place. The company is still a one-man-band and I do not knowingly have an unhappy customer anywhere in the world.

To bring to market more innovative and unique products which improve cycle safety, and to be a sponsor of the Tour de France.

80 per cent to 90 per cent of revenue to date is from overseas as I have over 30 distributors selling my product in over 30 countries. With the advent of my next product, which fits into the children’s toy category as well as the traditional children’s cycling market, I expect the numbers of distributors to double or treble over the next six to 12 months.

Taking delivery of my first 3,000 units of the Hornit cycle horn, which arrived ten months late, and which turned out to be 80 per cent faulty.

The first lesson is be sure you use a UK design company with strong relationships with factories in the Far East. The strength of their relationship is absolutely crucial.

The second lesson is make sure you are in the factory for the first and if necessary subsequent production runs even if you have signed samples, an agent and independent auditors as I did. I went out once and found a problem that delayed the first production run, but did not go out for the actual production run as I was convinced everything was in place. I nearly lost everything as a result.

Poor customer service from large companies who should know better. It’s inexcusable. You should make it almost impossible for anyone to be unhappy by never refusing a reasonable request and by being flexible with your own rules. An unhappy customer who you win round is the best ambassador you can have.

People are waking up to the fact that cycling is part of the solution to so many problems. It’s the quickest, cheapest, healthiest and most environmentally friendly way to get around most towns and cities and its popularity is soaring the world over.

It’s also fun. As a result thousands of businesses are entering the market to cater to array of different types of cyclist there are and for different specialisations within cycling. The biggest change we are likely to see is an exponential rise in choice of designs, shapes and materials in bicycles, clothing and accessories.

The cleverest ideas are those you can start from scratch and then scale up. I cannot imagine being able to walk into a bank branch on the high street and being given a meaningful loan with a sensible interest rate to get your idea off the ground. As a result finance often comes down to friends, family and angel investors because start-ups are so risky.

Make tax concessions to people who invest their own taxed income in a start up business.

Give greater tax concessions to wealthy individuals who invest in start-ups. These people are a natural replacement for banks and are likely to be able to share their expertise with the next generation of entrepreneurs. It’s absurd that family members should be excluded from otherwise worthwhile schemes such as the EIS scheme.

Determined, a doer and happy to take other people’s advice. A friend and very successful entrepreneurial actually described me this way, before going on to list all the things I needed to work on!

Make childcare 100 per cent tax deductible when both parents are work and at least one is an entrepreneur. This would increase employment immediately with the demand for more nannies and nurseries, and it would encourage an army of talented individuals to start their own businesses who are currently put off by the costs of childcare

Recognise that a likely investor in a start-up business is a parent or sibling so ensure that they are eligible to take advantage of tax concessions such as the EIS scheme.

Increase the VAT threshold, or base the threshold on profit, not turnover. VAT strangles a start-up’s cash flow at a point when trying to grow or invest in new products, stock and IP protection. 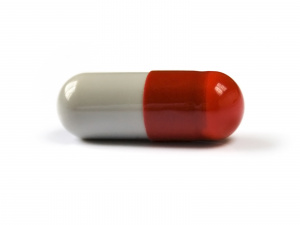 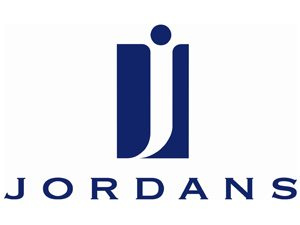