WhipCar, an online platform that pairs eligible drivers with car owners while they don’t use their cars.

What did you do before founding WhipCar?

Vinay held senior travel management positions at American Express and AT&T before completing his MBA at London Business School, and then went on to work as a digital media strategist and consultant. Tom also held a number of senior digital strategy and development roles, before moving on to found gurgle.com (now owned by Mothercare) and bookarmy.com (now owned by HarperCollins).

Where did the idea for Whipcar come from?

The average car costs upwards of £6,600 per year to own and maintain. We felt this was a real waste, and wanted to create a service where cars could be made to pay for themselves. Most of us need a car to use every now and then, but we found that the car rental and car clubs that were already on the market were often expensive and impersonal. Our aim was to create a service that was free to join, which would allow you to walk outside your front door – anywhere in the country – and have a car to rent right across the street.

How big is collaborative consumption – the business model WhipCar is built on – going to be in 5 years?

The potential is huge. Collaborative consumption was named as one of TIME magazine’s ’10 Ideas That Will Change The World’. The fast rate of technological development is only going to make it easier to share things with communities – and even complete strangers – using networks. More and more consumers are searching for alternative models of ownership which are more cost efficient, more environmentally friendly, and make better use of our resources. There is also a whole generation of people growing up who have been bought up with the idea that sharing or borrowing goods and assets is a viable alternative to ownership.

Collaborative consumption is based on trust between strangers. How do you help users on Whipcar to trust each other?

We knew that to create a new user behaviour pattern, such as the one that WhipCar is based on, we had to pay close attention to concerns of safety and security. To help to address this, we built a system that automatically screens all drivers and owners for suitability according to strict criteria. We also spent eight months working with Lloyd’s of London to create a brand new insurance product that automatically protects both owners and drivers during the hire. This supersedes any existing policies for the duration of the hire period and means that, in the unlikely event of an accident, an owner’s existing insurance isn’t affected. We actually find that people develop strong trust-based relationships through WhipCar, often choosing to go back to the same owner or driver again and again.

Where did you get your first round of funding from?

Our first funding came from Delta Partners, an Ireland-based venture capital firm. We were fortunate enough to finish the fundraising process in less than 6 months, which gave us more time to focus on entirely on the product in the run-up to the launch.

Last month you were chosen as the winners of Castrol’s inaugural ‘20/20 Challenge’. What are you going to use your $10,000 business development grant for?

Castrol organised this competition to assess new business opportunities for themselves. On a similar vein, we are going to use the £10,000 grant to fund several feasibility studies into new revenue streams for WhipCar. On the lighter side, we are setting aside £500 to install a barbeque and a putting green on our balcony – just in time for the Summer!

At the moment, 90 per cent of Londoners are within a ten minute walk of a WhipCar. Our goal is halve this to a five minute walk, and to continue to expand both across the UK and internationally.

What was your proudest moment since launching Whipcar?

There have been so many fulfilling moments that it’s hard to pick one. Before we launched, the critics questioned whether anybody at all would offer their car for rent on WhipCar. We felt extremely proud when we were approached by our first customer who had decided to buy a car based on the income they could receive by renting it out. Now people ask us what kind of car they should buy on a daily basis!

What was your biggest challenge since launching Whipcar?

The biggest challenge was and continues to be raising awareness of a new business model and promoting a new user behaviour. The market is increasingly ready to value access over ownership, but we still have a fair way to go. That’s part of the fun. 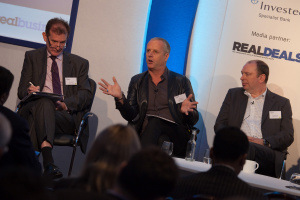