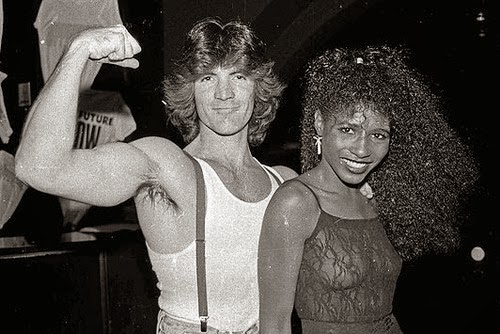 Entrepreneurship lessons should be taught in schools in order to equip the next generation with the skills to safeguard Britain’s economic future.

The report, which questioned 43,902 people in 38 countries, found that 68 per cent of those in the UK want lessons in entrepreneurship to take place in the education system and almost half of those surveyed (49 per cent) believe lessons should start in primary and secondary schools, with 32 per cent wanting them taught at university.

There certainly is good reason to foster an entrepreneurship ethos in the younger generation. Some of Britain’s most successful entrepreneurs started very young.

1. Jo Malone ? 9 years-old: Made own perfumes with flowers from the garden and grated Camay soap. 2 . Richard Branson ? 10 years-old: “I don?t think that Britain has been very good at getting young people to understand what enterprise is,” explains Branson. “I started when I was 10 years-old, growing Christmas trees. I worked out that, by the time I left school, these trees would be fully grown and I?d be able to make lots of money and, therefore, retire at 18. Unfortunately, the rabbits ate them all.” 3. Hilary Devey ? 10 years-old: Pulling pints for her father after the bailiffs had taken all they had. 4. Lord Alan Sugar ? 11 years-old: It was evident form his childhood that the bright young boy would one day grow up to be a great businessman. He built himself a bicycle from an old frame as his family could not afford to buy him a new one. By the age of 12 he started earning his own money by working part-time for a greengrocer, and by the time he was out of high school his earnings were higher than those of his father. 5. Baronness Martha Lane Fox ? 15 years-old: Started an in-house dating agency at her school. She says: “It quickly crashed and burned as my classmates cottoned on to the value of the data they were merrily handing over to me.” 6. Simon Cowell ? 20 years-old: Mailroom clerk at EMI (where his father was an executive). 7. Emma Bridgwater ? 23 years-old: Spotted gap in the market for less formal earthenware (after couldn?t find her mum a birthday present) with no formal training. 8. Chrissie Rucker ? 24 years old: Only 24 and an assistant health and beauty editor for Harpers & Queen, Rucker sold shares left to her by a grandmother, pooled some cash and started-up her business White Company with ?20,000. 9. Victoria Beckham ? 32 years old: Not particularly young, but soon after graduating from her illustrious pop career, and starting all over again, she began selling denim. She now claims: “I used to feel famous, but now I feel successful.” ?Embryonic lessons in entrepreneurship skills could be delivered to primary school children aged seven or eight years old. Children start talking generally about careers at that age, so teaching them business skills alongside other educational elements could certainly be done,? says Professor Chris Coleridge, a senior research associate at University College London?s Management Science and Innovation Department. ?There should be the opportunity for them to learn to be persuasive, not in terms of getting up and delivering a presentation, but in terms of having confidence in their ideas.?