What do you hate the most when interviewing a prospective employee?

The biggest body language turnoffs in job interviews are:

“Employers are evaluating the whole package during job interviews and the non-verbal cues job candidates give can be very influential on the hiring decision,” said Tony Roy, president of CareerBuilder EMEA, which conducted the survey.

In terms of the factors that make bosses more likely to hire, a sense of humour comes out on top, followed by being well-dressed, a candidate involved in his/her community, being knowledgeable of current affairs, being physically fit, speaking another language, and being involved in social media.

What are your bug bears when hiring? Ever had a disaster interview? Leave your comments below. 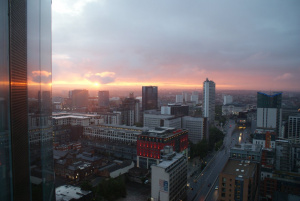