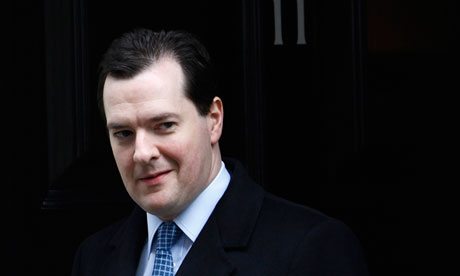 Last week, it was the CBI. This week it’s the Federation of Small Businesses and the Forum of Private Business. All agree on one thing: Chancellor George Osborne must act on business rates.

In the Autumn Statement, which will be delivered by Osborne on December 5, Osborne is being asked to take action on business rates as well as pressing forward on tax simplification in order to strengthen the economic recovery. Business rates, say the FSB, are a significant cost for small firms and are unrelated to their economic activity – some paying more in business rates than in rent. More than a quarter of a million firms rely on 100 rate relief to survive, but relief at this rate is due to expire next year. The impact of this will be equivalent to introducing a new tax on 293,000 small and micro businesses just as the economy is starting to recover.

With rates bills set to increase by 3.2 per cent in 2014 – as set by September’s RPI inflation figure – the FSB wants to see the temporary doubling of small business rates relief made permanent, and a freeze in rates for firms in properties below £18,000.

“We want to see recognition from Osborne that Government understands the huge impact business rates have on businesses,” says John Allan, national chairman of the FSB. “Clear proposals and timetables for reforms will lock in the confidence we have begun to see building among small firms.”

The FPB’s head of policy, Alexander Jackman, also said that Osborne must do all he can to try and cement the growth in the UK.

“An overwhelming number of businesses feel property taxation remains too high. At present business rates are linked to inflation and with previous years of quite high inflation those rates have soared. Now is the time for the Treasury to recognise that pressing issue and give businesses a break from over inflationary increases in their rates.”

Currently 97 per cent of FPB members believe property taxes are too high.