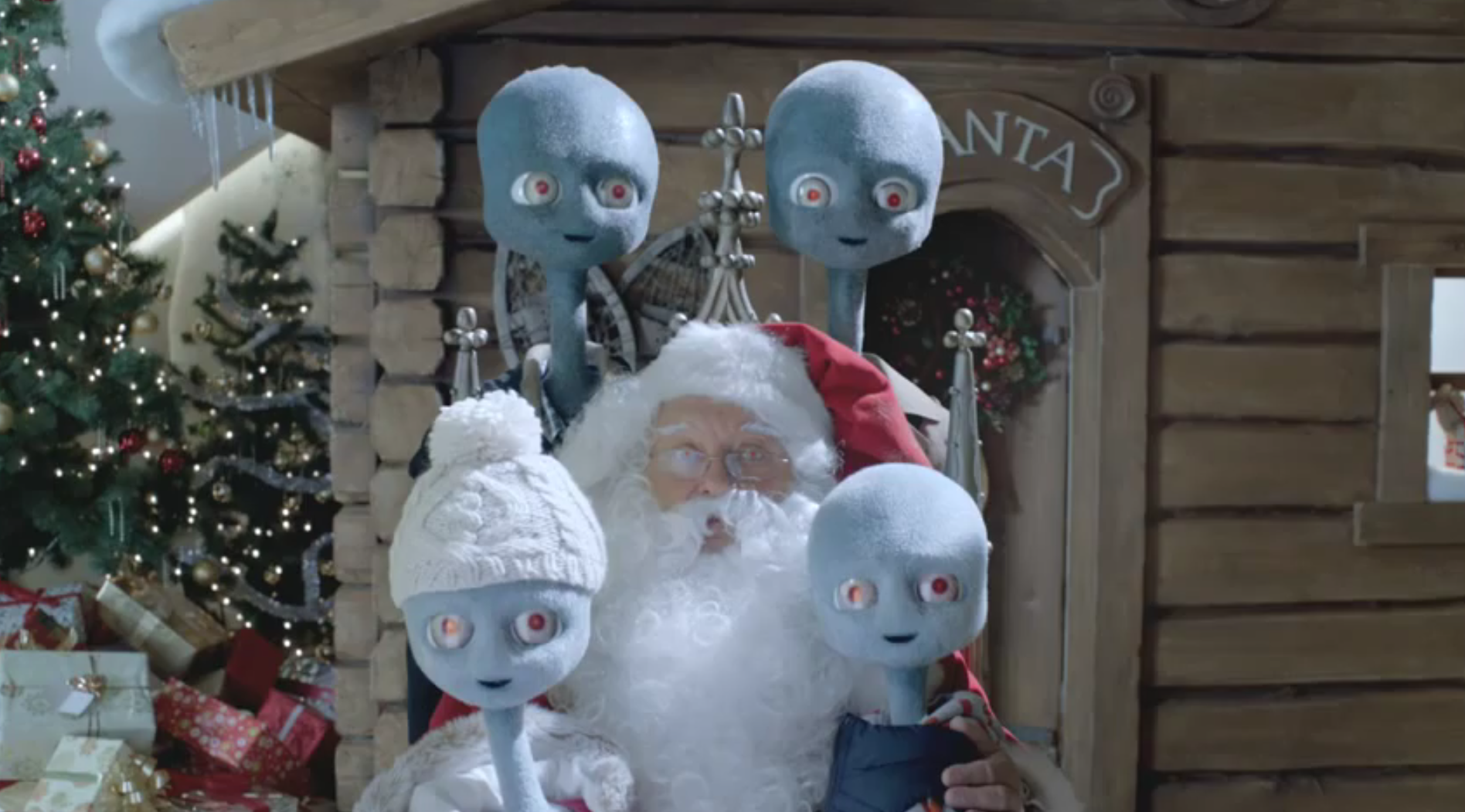 I decided a couple of weeks ago that it would be a nice to give this column a festive feel and review the best of the Christmas ads on TV.?Unfortunately, this has not proved as straightforward as I’d hoped, largely because most of them are so dreadful.

So rather than select the “best”, I have instead chosen those that have caught my attention in some way good or bad.?

Just when I?d decided that there really are no good Christmas ads out there, I spotted Harvey Nichols’ “walk of shame”. So refreshing ? no fake snow, no children in cute hats, no celebrities pretending to be real people; just real people, real women to be precise (or actors doing a staggeringly good impression of them) looking a bit worse for wear the morning after the night before. Boots could learn a trick or two from Harvey Nicks… “here come the girls” indeed.?

Set to the song Driving home for Christmas this ad features Stacey Solomon, the ex X Factor contestant who has replaced Kerry Katona as the face of Iceland. This is undoubtedly a good move by Iceland. Stacey may not be the most articulate celebrity, but unlike Kerry she seems to have steered clear of the wilder excesses of fame. In this ad, Stacey is driving home to enjoy Christmas with family and friends in Dagenham, and it did at least succeed in challenging my preconceptions about this part of East London. Instead of the bleak, post-industrial, urban landscape I had been expecting, it transpires that Dagenham is in fact a magical winter wonderland of twinkling fairy lights, softly falling snow and fancy finger food. Who would have thought it?

What on earth persuaded Argos to run a Christmas advertising campaign fronted by a family of blue aliens that look as if they have been made out of fuzzy felt by someone in the human resources department? Is this austerity advertising? The script is certainly clunky enough to have been written by the marketing intern. Also, wouldn?t any superior life form worth its salt have worked out that, rather than queuing up in Argos to buy your pre-ordered gift, you can cut out the middle man altogether and order it on Amazon (which seems to sell just about everything these days) to have it delivered straight to the spaceship.?

I had high hopes for this ad, I come from the generation of marketers who thought Guinness advertising was the bees knees; the surreal ?Pure Genius? campaign featuring a darkly enigmatic Rutger Hauer, the dancing one with Joe McKinney and of course the pinnacle of advertising prowess, Surfer. Unfortunately recent campaigns have been a disappointment and their Christmas ad does nothing to buck the trend, it?s nicely shot black and white wallpaper. Perhaps instead of dreaming of a white Christmas the boys and girls at Guinness should be dreaming of a new advertising agency.?

I?m cheating here, because I hadn?t even noticed this one until I asked my husband what his favourite Christmas ad was. Personally I don?t really get it, seems a bit slow to me and she must be cold with her coat open and no discernable undergarments, but at least it isn?t snowing? Happy Christmas!