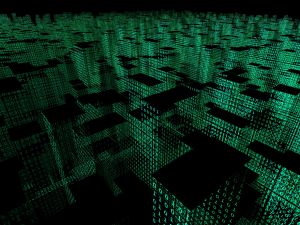 Executives at the company believe the following trends will come to fruition as big data efforts continue to develop and as cloud-based big data initiatives grow over the course of the new year.

By now, many organisations are using the cloud for deploying big data platforms. However, the primary contribution of cloud computing to big data will soon reside in the cloud being a source (or rather, many sources) of big data, whether it be public and social data, open data or syndicated data. In 2014, big data projects will gather steam from these new sources of data in the cloud. To be prepared, enterprises should build a big data infrastructure that is comprehensive in the data sources it taps, expanding well beyond “conventional” data sources (databases, ERP/CRM, etc.) to whichever other sources are relevant.

In its initial incarnation, Hadoop was essentially a single-task batch data processing system. With new advancements made in 2013 such as YARN, Hadoop has become a true enterprise computing platform, able to run all kinds of concurrent workloads, ranging in latency from batch to real-time. Hadoop 2.0 provides the foundation for native deployments of big data processes, boosting the trajectory of projects as they scale from sandbox into productive use in 2014.

Enterprises have adopted cloud computing, but cloud deployments remain very siloed and these systems running in the cloud don’t always work well with on-premises systems. Soon, the dichotomy between cloud-based and on-premises will become largely irrelevant. A broader use of virtualisation, elastic deployment techniques, and hybrid integration platforms will enable fully hybrid deployment modes, oftentimes making it irrelevant to segment applications by in-cloud or on-premises.

As big data crosses the chasm and transitions into mainstream adoption, most initial use cases are analytical. Today, thanks to a dramatic increase in the volume of data that can be stored or processed, early adopter companies apply big data to tasks such as customer behaviour or advanced risk analysis. Now that operational big data technology is becoming available, new categories of use cases will start to flourish. In 2014, big data will start to be used for operational purposes and will ultimately be consumed by many applications, apps and devices.

As the saying goes, “every company is an IT company”, and for the vast majority of companies, IT is critical to running the business. In 2014, taking a step beyond IT, many companies will use data to profoundly transform their business and will either outright monetise their data assets, or exploit them to create new business models or take advantage of untapped segments. Big data was arguably one of the most hyped concepts of 2013 – and for good reasons. Now that the technology foundation is in place, the second half of 2013 saw more big data projects move from the sandbox/proof-of-concept to productionEveryone speaks about the value of big data, but data-driven organisations have got so much more potential to uncover. To succeed in 2014, these organisations will need to leverage big data and the cloud to derive insights that enable them to optimise their processes, take advantage of emerging opportunities, and deliver better business outcomes. Mike Tuchen is CEO of Talend. Image source