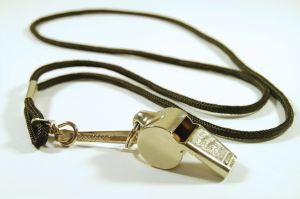 Whistleblowers sometimes do not wish to reveal their identity when raising a concern. However, doing so makes it much harder for the protection under the Public Interest Disclosure Act 1998 to be applied. If a whistleblower is uncomfortable being identified when raising a concern, it is much better to do so confidentially, and if this is the case, it should be made clear before the concern is raised that it is being done so in confidence.

2. Let the facts speak for themselves

A whistleblowers role is more similar to that of a witness than a complainant. Being clear about what has been seen, or what the concern is, is the primary responsibility. It is not for a whistleblower to prove their concern ? whistleblowers aren?t police officers ? but to inform an employer or other authority about what has occurred. Stick to the ?what, when, who, where and how? of a situation.?

Whistleblowers are not required to prove their concerns, and therefore do not need to present evidence such as emails or other documents. However, keeping a diary helps to organise one?s thoughts and be clear about what they want to say, as well as helping the whistleblower keep a note of what has happened. This will also help a whistleblower feel more collected and confident.?

Diving straight in and using words like ?fraud?, ?illegal? or ?criminal activity? can be quite aggressive and turn people off from paying attention to the content or reasons behind the concern. Whistleblowers are far more likely to be listened to if they are balanced, calm and rational.?

Many organisations have a whistleblowing policy in place which gives employees guidance about how to blow the whistle. Going through these channels shows that the whistleblower is responsible and also serious about their concern, and will help an organisation deal with the concern in the best possible way.? As an SME you can refer to the National Audit Office and its guide to ?Making a Whistleblowing Policy Work? (March 2014). The guide sets out how to set out a whistleblowing policy and also provides advice on the systems, structures and behaviours so that whistleblowing can work effectively.? Rebecca Doodson, Senior Conduct & Compliance Officer at the Association of Accounting Technicians.