Asset Match, which provides periodic online auctions in shares of private companies, initially responded to demand from shareholders in Tottenham Hotspur who were “frustrated by the lack of transparency in the current arrangements”.

Over a series of months, Asset Match held a series of share auctions of Tottenham Hotspur shares – one of which gave the club a market capitalisation of £426m. Back then, in April 2016, the shares traded at a premium of 400 per cent compared to when the club were listed on London’s Alternative Investment Market (AIM).

Tottenham Hotspur delisted from the London Stock Exchange’s junior market in 2011, meaning shareholders found it increasingly hard to generate any kind of liquidity in shares owned.

Speaking on the decision to partner with Asset Match, Tottenham Hotspur operations and finance director Matthew Collecott said: “When we came off AIM almost five years ago we put in place a matched bargain facility for shareholders. However, in reviewing their offering over their initial actions, we believe that the Asset Match share dealing facility is a better transaction platform and is authorised and regulated by the FCA [Financial Conduct Authority].

“Since March, Asset Match has conducted six auctions in our shares and has provided a transparent and effective service for shareholders.”

As previously reported by Real Business, Tottenham Hotspur has 30,000 shareholders, 85 per cent of which are owned by chairman Daniel Levy and Joe Lewis. This ultimately means that most shareholders have small holdings and had found it hard to make trades.

Results from trading through Asset Match have included one 85 year-old shareholder who sold more than 10,000 shares at 165.6p each, netting £16,000. This was twice the value he could have got when shares traded on AIM, where the final price before delisting was 70p.

Stuart Lucas, co-CEO of Asset Match, added: “We welcome this development and are proud to formally welcome Tottenham Hotspur to Asset Match. Having had a number of successful auctions in Tottenham shares since the spring of this year, Asset Match has satisfied the club as to the transparency, our platform processes, and that we are FCA Authorised.

“Our facility will be available to benefit the many thousands of Tottenham Hotspur FC shareholders that hold shares and those that would like to.” 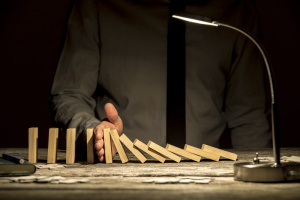 How to keep your customers on side in times of crisis