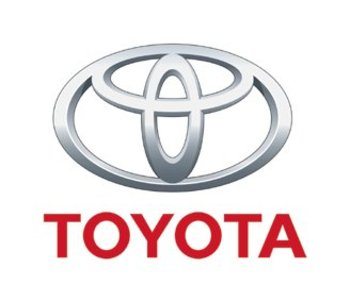 The worldwide recall of vehicles has made the public deem the brand unsafe. This is the worst fear of any car manufacturer. Yet another large brand that we thought we could trust has let us down, just like the goliaths of industry; ENRON, Lehmans, and governments. Brands we thought existed for the greater good were there for personal gain, only this one might kill us.

A major factor when choosing to buy a car is the feeling of safety. The death of a US family from a stuck accelerator in a Lexus is seriously damaging to Toyota. Multiply this by an infinitive number of bloggers, Tweeters and Facebookers and you may be able to get an idea of the problem Toyota faces: MASSIVE. Toyota has not made the best start in combating negative attention. When Toyota president and CEO Akio Toyoda issued an apology for the recall of 8.1m vehicles, question marks loomed over his sincerity. The casual bow given was an all-purpose bow, not one showing sincere apology. As its leader was heavily criticised by the media and more cars were recalled, Toyota’s reputation was still in the fast lane. The latest recalled model, the Prius, dubbed by Toyota as “the world’s most advanced technology” is under scrutiny due to malfunctioning brakes. Matters only worsened with 8,000 Tacoma pick-up trucks being recalled with fears about defective shafts. If it was one type of car being affected, the situation might be less hard to recover from. What now? Toyota must reassure the public that its vehicles are safe. The ease of this will be determined by how quickly faults are resolved. This is not impossible; few remember Cadbury recalling a million chocolate bars over fears of salmonella. Cadbury was tarnished at the time, but its reputation for excellence was preserved, as it was an isolated incident which was repaired. It was a genuine mistake that could be forgiven. Unfortunately for Toyota today, competitors only need to push a button to fuel the fire for their own gain. Toyota has established itself as a leading brand in the automotive industry recognised for class and performance. Over the past months, that status seems like a distant memory. It is too early to tell whether this will be the start of a downward spiral. Toyota needs to take back control of the wheel and steer the brand towards the road of recovery. How will it do this? That is the one question we are all eagerly waiting to find out. Mark Artus is CEO of 1 HQ. Recommended reading: 12 product recalls that will make you pause before your next purchase