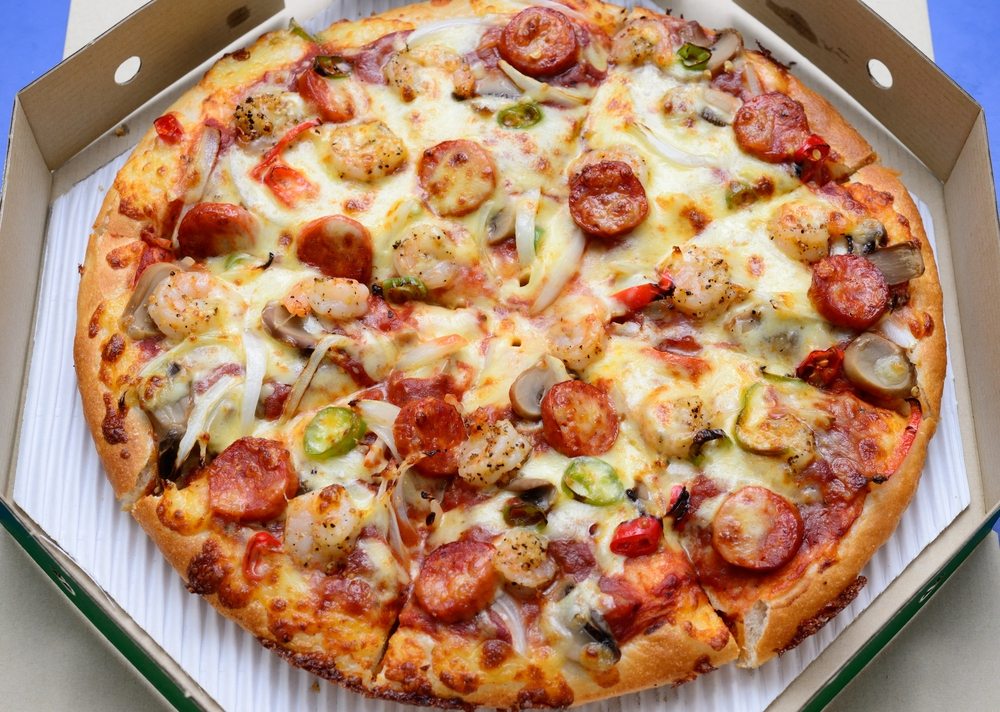 Share via
The Warwickshire Council examination by Trading Standards officers, which has discovered “fakeaway” outfits in the area, had 40 pizzas purchased from across the region. Of that number, a quarter were found to come not as advertised. Rather than dairy cheese perhaps because the chefs consider it too mainstream five of the pizzas had Analogue cheese,” which is described as a substitute made from oil and fat. Another mozzarella pizza actually had 80 per cent cheddar. Meanwhile, another five didn?t come with the meats described on the menu. Some advertised with ham actually turned out to be turkey or chicken, while some pepperoni was beef instead of pork. One was even topped with turkey ham a processed product made of cured turkey meat and water that’s then formed into a ham shape. Warwickshire County councillor, John Horner, portfolio holder for community safety, said: “Consumers often pay a premium for take-away products and should be able to have confidence that the foods they buy and consume are correctly described. Trading Standards revealed one takeaway boss received a formal caution and several warning letters were sent to others. The body said offenders could receive imprisonment for up to two years alongside unlimited fines. Highlighting the seriousness of ingredient ignorance, the council highlighted that a North Yorkshire takeaway boss was jailed for six years a result of a customer with a nut allergy died from a curry that was supposed to be nut-free. Adrian Simpson, from the Chartered Trading Standards Institute, warned: By trying to save a few quid “fakeaway” bosses are breaking the law and putting people’s health at risk, it’s simply not worth it. Businesses that know their responsibilities and comply with the law deliver better customer service and earn an enhanced reputation, and that’s good for business. He noted that nutritional labelling will be compulsory on all pre-packed food from December and companies should be prepared.

Elsewhere, the next time you have a hankering for a steak, you may want to consider a vegetarian option. A former owner of a local restaurant has been found guilty for the sale of what he pitched as exotic meats?.