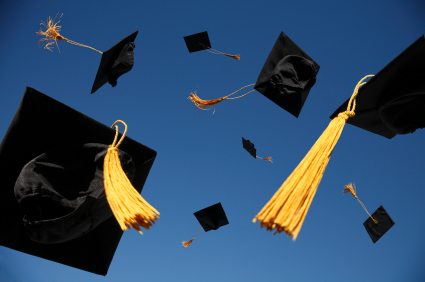 The war for talent rages on. Whilst youth unemployment is steadily on the rise, and many graduates are struggling to find jobs, those at the top of the talent pool are so sought-after that the world’s top companies are fighting over them.

The brightest of university leavers choose to work at the most innovative technology and media companies, the ‘FreshMinds Research Employer Brand Survey 2013′ found. The survey highlighted how the graduates of tomorrow are looking beyond the traditional accountancy and consultancy sectors, well-known for their large graduate recruitment programmes and extensive campus presence, to the likes of Google and Apple. However, banking and finance was where the largest proportion of the recent top graduates ended up. Technology and media companies were not far behind, though, snapping up 12 per cent of this cohort. This trend looks set to continue. Interest in the technology sector is up by 11 per cent on previous years. Exciting, large brands, such as Facebook and Apple, are being considered by up to a third of top final year students. On the other hand, smaller companies are desperate for talented young workers.

?High-fliers are looking for more than money these days, and are seeking out exciting roles that offer varied and interesting responsibilities,? said Caroline Plumb, CEO of FreshMinds. ?If I was a big four consultancy I?d be examining what I am communicating on campus, because it certainly doesn?t seem to be what they are wanting to hear.? The ?high-fliers? have a long lsit of demands. When given a list of 20 business factors, 15 of these were claimed as ?important? by the majority of the talent pool. These included ?remuneration?, ?learning and development opportunities? and ?looks good on the CV? through to the ?company?s sustainability agenda? and ?exposure to clients?. Top of the list was that their first job offered them ?learning and development opportunities?, followed by that their employer was ?trustworthy?, and ?offered long-term opportunities in their field?. They also required ?interesting day-to-day activities? as well as an ?interesting field or sector of work?. Photocopying and proof-reading is definitely not on the agenda. Considering that the average undergraduate debt is over ?20,000, it was surprising that remuneration was not a major driver when rating how attractive a company was. Work with ?like-minded people? and ?inspirational leaders? was deemed far more important than that the job offers ?job security? or even ?rapid career progression?. When asked which companies they would associate these desirable attributes with, the well-known technology firms such as Google, Microsoft, Facebook and Apple lead the field along with the BBC and innocent.

But not only do growing businesses have to compete with tech giants for fresh talent. The cr?me de la cr?me of university leavers are also prepared to take the plunge and try and make it on their oww, with some 45 per cent stating they would like to set up their own business and 2.5 per cent of them already having done so.