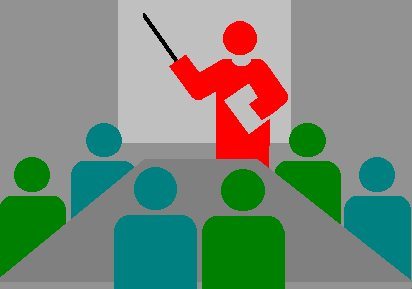 What caught my attention last week was Nick Clegg?s idea to hand out funding “rewards” to training providers if they can keep the so-called “NEET” generation in learning or training for a certain length of time.?

It seems to me the Deputy Prime Minister?s plan was dreamt up by a group of training providers looking for another way to squeeze a few more quid out of the public coffers. Without dwelling too much on?training companies being investigated for fraud, these organisations are taking the money away from the people who really need it ? the unemployed and businesses.? The equation is simple. Employers need skilled people. Unemployed people need skills to get jobs. Put the two together and the result should be very straightforward.? Or so you would think.? The majority of training courses, including apprenticeships, have to be administered through a training provider if they are to access to the grants and subsidies provided by government.? If a business, especially an SME, wanted to take on an apprentice and use some of the funding directly, it would be very hard ? if not damn near impossible ? to get hold of.? Therefore money that could be used by businesses to actually pay trainees to “earn while they learn” is being swallowed up by bureaucratic form-fillers at training providers.? So, here?s my radical thought for the week. Why not create a voucher scheme for apprenticeships and training that is given directly to employers?? Businesses could use a proportion of the voucher?s value to pay a training provider or college that can award recognised qualifications. The rest could be put toward the trainee?s wage and equipment. The scheme would suddenly make training providers far more accountable to their real customer. Not the government, but real businesses.? Suddenly, the whole dynamic of the relationship between training provider and employer will change. They might start thinking more commercially rather continuing to act like semi-public sector bodies on a never-ending gravy train. Charlie Mullins?grew up on an estate in South London and left school with no qualifications. He?started?Pimlico Plumbers?in 1979, after completing a four-year plumbing apprenticeship. The company employs 150 professional plumbers and turns over more than ?16m a year.?