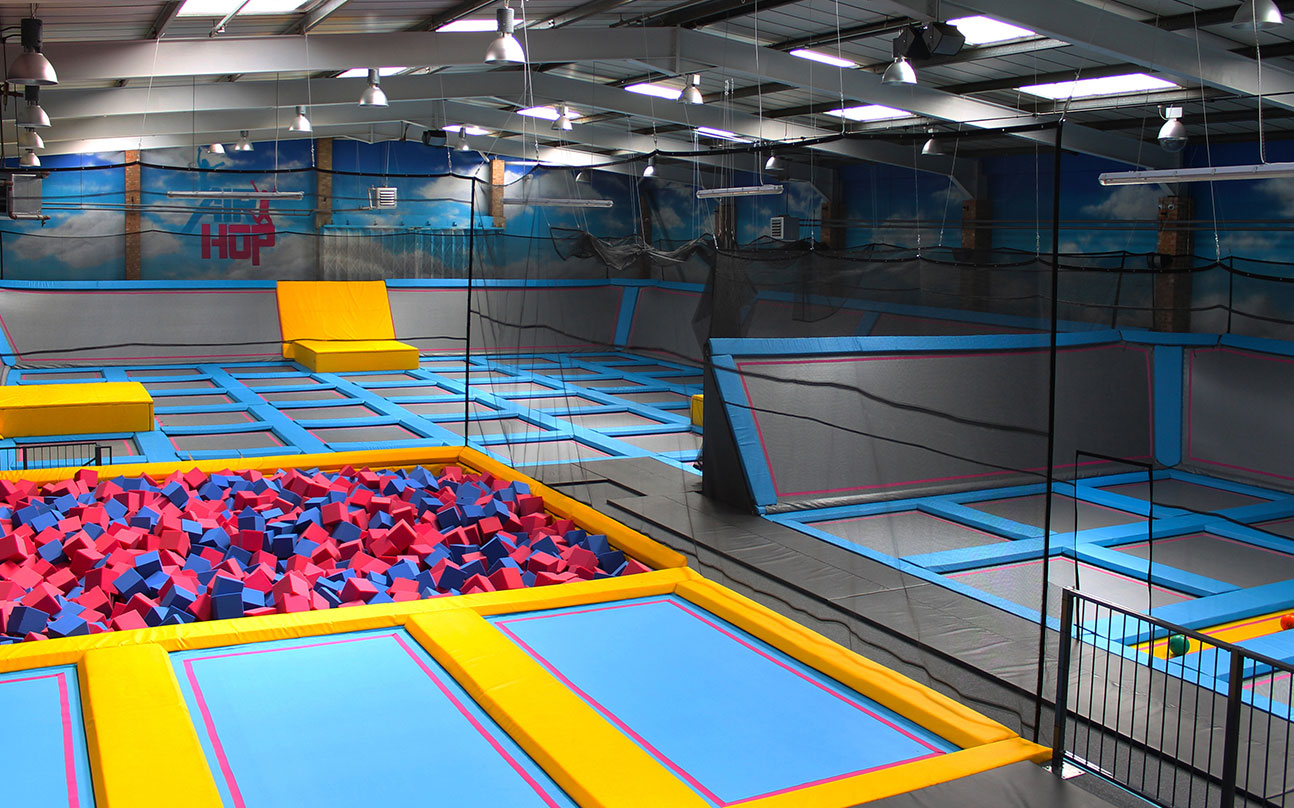 The leisure company currently has just two sites in Bristol and Guilford, with the former said to be the largest indoor trampoline park in the world.

Since launching in 2013, Airhop has grown to turnover of 5m and has a goal of increasing that significantly to more than 40m by 2020 with the support of Santander Corporate & Commercial. The business used the banks growth capital loan scheme, which backs fast-growth companies generally with funds of between 500,000 and 5m. But with 6m from Santander, Airhop is out to open 18 new locations across Britain and Europe, which is expected to create some 1,500 new jobs.

The UKs National Fitness Day fell on 9 September last year and was billed as most active day of the year with support from the government as well as gyms and schools nationwide.

Some 51 per cent of British adults believe its more important to live a healthy lifestyle than they did a year ago, and Airhop is out to support them.

The company, which caters to families and friends or group bookings from businesses, schools and so on, claims guests can burn up to 1,000 calories an hour on a trampoline.

Ten minutes on a trampoline burns as many calories as 30 minutes jogging. Bouncing on a trampoline reduces the impact on your limbs by 80 per cent while making them stronger. Why constantly remind yourself that you are exercising with each laborious thud along the pavement AirHop will provide with you an excellent work out and youll have fun taking part,” it said.

Darren Hedges, MD, AirHop, said: The confidence shown by the Santander team in the brand and its international growth potential, along with the flexibility of its growth capital financing product, was the critical factor in our choice of funding partner and we are very pleased to have found a bank that shares our vision.

Tax and auditor RSM and law firm Foot Anstey worked with Santander on the deal, while Airhop had BDO signed on as adviser. Santanders growth capital director Peter Able said it was Airhops impressive management team and business model that appealed to the bank and called it an exciting concept . The UK leisure market is performing very well and leading brands such as AirHop will continue to thrive. AirHops trampoline parks provide a good value, weather-proof, fun and healthy experience for all age groups. I look forward to seeing more of their sites open in the future,” added Harry Stoakes, director of BDOs leisure team. According to Airhop’s website, the next locations will open in Solihull and Croydon. With the leisure industry in mind, TripAdvisor can be a great resource for discovering the finest hotels, restaurants and so on, but failing customers will have negative results as these four companies discovered. By Zen Terrelonge