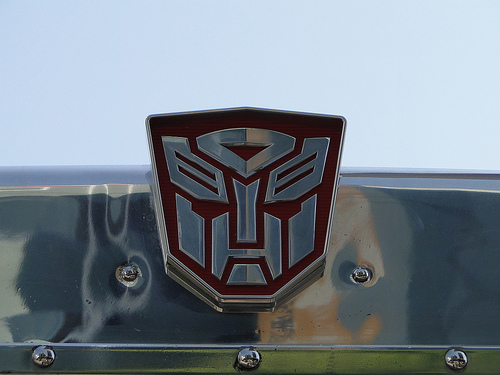 The success of Transformer companies is supported by a number of metrics. For example:

These findings come from a survey of more than 1,000 IT decision makers at companies in multiple vertical sectors and across ten regions in EMEA ? UK, France, Germany, Spain, Italy, Switzerland, Benelux, Russia, Middle East, and South Africa. The survey was commissioned by Riverbed Technology and conducted by Loudhouse with the goal of better understanding how effectively businesses are embracing and optimising the value of new technologies.

Harnessing the power of change is not automatic

?The speed of change in enterprise technologies over the last five years has been astonishing,? said Willem Hendrickx, senior vice president sales EMEA at Riverbed. ?Social media, big data, mobility, and cloud computing have disrupted existing business models. Business leaders see these new technologies as a significant opportunity to innovate, improve efficiency, and provide differentiated customer experiences in highly competitive marketplaces. The challenge, however, is to ensure that repeated adoption of the ?next big thing? delivers maximum benefit and optimal value to the business. That is the question this study set out to answer.?

How to Ensure the Greatest ROI on Innovation Investments: Better IT Preparation

The study found that investment in new enterprise applications and technologies has dramatically increased across EMEA in the last two years. Eighty-two percent of IT decision makers say the proportion of their overall spend dedicated to new business-critical applications has increased. On average, 25 per cent of IT budgets are now devoted to deploying new technologies or innovations, in particular cloud computing (59 per cent), social media (45 per cent) and mobile application development (44 per cent). The study also found, however, that whilst new applications offer the promise of improved business performance, for many organisations (44 per cent), the new applications are failing to meet performance expectations, at a substantial cost to the company. The survey found that Transformers, on the other hand, are characterised not only by greater success in their major deployments of enterprise applications, but also through better preparation to ensure success, particularly of their IT infrastructure and aspects of its performance. ?The study identified a significant minority ? Transformers ? who are utilising technology effectively and transforming their investments into high business performance,? explained Willem Hendrickx. ?Transformers recognise the importance of a high-performance network and application infrastructure to maximise the impact of applications and technology investments. These model companies are enjoying greater productivity across the business, and they also expect ROI to be realised in a shorter timescale.?