What it won’t be treated as by a court of law, however, is as an act of “business expenses fiddling”. And yet, this is the phrase that’s most commonly used by the media when dealing with any stories that broach the issue.

The choice of words helps to present the act of falsifying or exaggerating business expenses as something inherently petty and trivial. We talk of “fiddling inconveniences” and “fiddling details” to express those things we view to be of little importance.

And this reflects the general attitude that has existed within the business community towards expenses fraud. This is despite it being a problem which continues to cost UK companies in excess of £100m each year.

With recent research suggesting that up to 85 per cent of UK employees admit to business expenses dishonesty, it’s an act which is being allowed to sap the resources and stifle the growth of our companies.

It’s not that bosses are happy to accept these losses but rather that they have felt powerless to prevent them from happening. Before the arrival of digital expenses management, few companies had the time or resources required to effectively police an expenses policy.

Finance teams were too busy trying to process a monthly flood of paper-based expenses to properly root out and challenge suspicious looking claims. With the risks of getting caught so low, employees were emboldened to continue.

Without the tools to effectively tackle the problem, businesses adopted a more pragmatic approach. Expenses fraud became a kind of “dripping tap”; a persistent problem that was grudgingly learnt to live with, allowing it to embed itself in workplace culture.

Rather than being perceived as a criminal act, it became normalised and legitimised – viewed as a petty and inconsequential “fiddle”, something that everyone does. These attitudes were reinforced by businesses who allowed employees to use expenses as a way to supplement incomes.

The 2012 “Leveson Inquiry” into the British media revealed how this practice was widespread within the newspaper industry of the 2000s; it was shown how managers expected reporters to use expenses as a way to bolster their basic salaries.

But these attitudes towards expenses are borne out of a business environment which no longer exists. The barriers which used to prevent organisations from tackling, rather than tolerating, expenses fraud have been removed by the arrival of digital systems.

With a smartphone app used to digitise paper receipts, there’s no longer any need to rely on slow and inefficient manual processes. With affordable digital systems, finance teams have the tools they need to start regaining control.

Instead of relying on mileage guesstimates for business trips, the system uses GPS tracking to accurately record exact distances travelled. And real-time monitoring means that every time a claim is made, it can be automatically checked against company policy.

But for these tools to be effective, they also require a corresponding change in attitude from our business managers and leaders. While it can be understood why organisations may have adopted a pragmatic attitude in the past, it has become a dangerously outdated approach.

With the ability to robustly manage and monitor policy, there’s no longer any excuse for allowing these old attitudes, enshrined in the phrase “expenses fiddling”, to endure. Instead, we need to treat expenses fraud for what it is – as a criminal act; a practice which can no longer be tolerated by today’s growing companies. 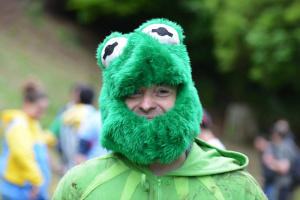