The mind boggles. When you stop to think that you and I could have been born at any time in human history (or even not at all!) then it’s pretty amazing that we’re alive today during such wonderful leaps forward in human endeavour.

We are incredibly fortunate in so many ways to be living at this time of world history. It’s pretty mindblowing when you think about it – we could have been born in the Stone Age, the Renaissance or even during the relatively recent World Wars. In fact, we could have existed in any other seventy-year section along the enormous timeline in which people have existed.

Instead, we’ve been born into the world right at this specific time in human existence, and we’re living at an amazing time, too. The medical advances, the phenomenal opportunities that the internet now gives us, and the wondrous amount of human creativity around us, all make our lives longer, richer and more enjoyable. But there’s one thing that’s really wrong, and I’d go as far as to say that in one major respect…

There’s something very wrong with how we treat young people and with how we educate our young. Virtually all schools across the world operate a “pass and fail” system and this drums into us the (deeply damaging) idea that:

Therefore, people grow up trying to avoid failure, rather than trying numerous avenues to succeed. And thus, many people don’t even start something new for fear of failing.

The reality is that:

Because it very clearly and directly signifies you’re trying something new. In a hundred years, or even sooner, I think we’ll teach young people differently. We’ll teach them about how to make things happen, entrepreneurship, how to be a decent human, the skills needed to be a great parent and how to live a creative and fulfilled life – rather than how to mostly pass tests.

And one way I like to trick my brain into trying new things is to think of my life as an “experiment”. It’s a neat trick that immediately reframes everything you do, because:

In the “conclusion”, the scientist then reviews what happened during the experiment and decides two things: whether the original hypothesis (belief) was correct and whether to conduct another experiment based on what was learned in the first experiment. This next experiment might then have a different method and end with even more different and interesting results.

The important point to note is that, no matter what happens during the experiment, as long as something does happen, then the experiment is deemed to be a success – simply because it got results, whether those results confirm the scientist’s original belief or throw up new possibilities and avenues to conduct another experiment.

And the next experiment might well bring that scientist closer to their goal, or give them ideas for an even more exciting and different goal. The fantastic upshot is:

What’s more, the fantastic fact about the concept of “experimentation” is that when you experiment, sometimes you get an even better result than you hoped for. In the scientific world, when Marie Curie was looking into photography, she actually discovered radioactivity.

Her experiment wasn’t viewed as a “failure” in the field of photography; instead it was viewed as a huge success (and a gigantic scientific breakthrough) in the realm of
understanding radioactivity.

So, it’s enormously empowering to know that if you view your life as an experiment, then you’ll never fail again.

Which is a great thought, isn’t it!

Shed’s new book, ‘Success Or Your Money Back’ is out now, published by Hay House. 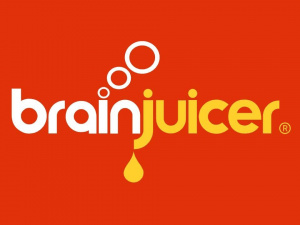 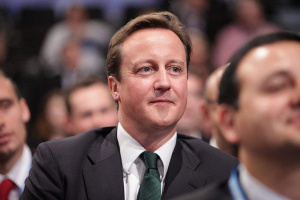