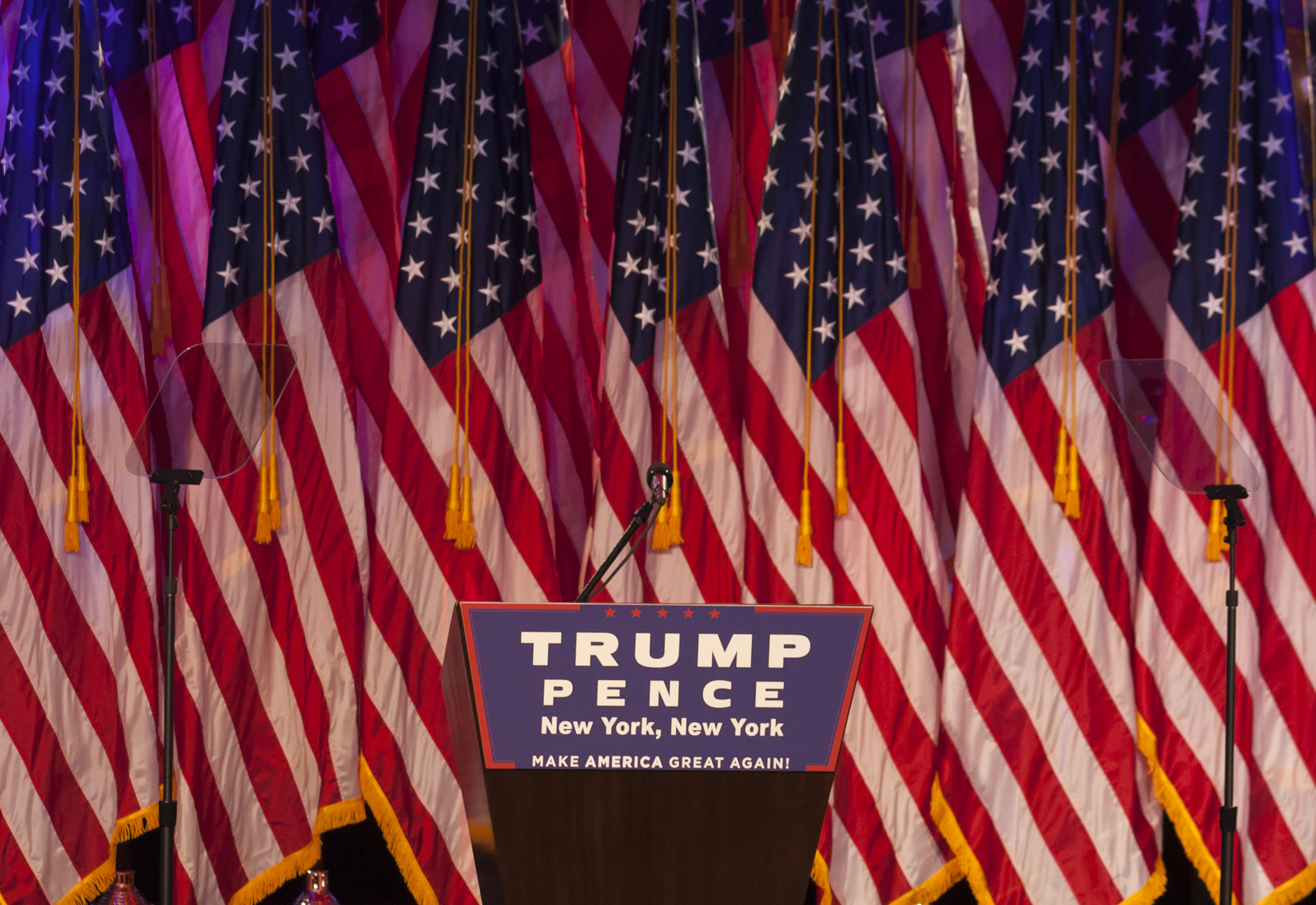 Share via
President elect Donald Trump?s campaign was defined by controversy, and his promises never failed to provoke strong reactions ? whether positive or negative. But which maverick policies will actually see the light of day, and how will they affect UK businesses? By and large, it is assumed that Donald Trump will be a business-friendly president ? at least for American businesses. ?Donald Trump is a business man to the core, he has spent his life involved in building and running businesses, some more successful than others. As a nation America is wholly wedded to capitalism and consumerism, we all know of the phrase the American Dream and Trumps family personifies that vision,? said Martyn Greene of Free Parliament. ?Trump will be concerned with being American business friendly, and probably less concerned with his global impact. Although what one says in a campaign often differs hugely once elected.? Indeed, in his victory speech Trump claimed to have spent his ?entire life in business looking at the untapped potential in projects and people around the world? and said he now hopes to do this for America. The dollar certainly hasn?t tanked since the election, and some of Trump?s maverick policies do sound like they will play into the hands of businesses. However, there have also been concerns raised that the financial markets are being too optimistic. Tom Elliott, deVere Group?s international investment strategist, has warned that investors could be being short-sighted focusing too much on three economic policies that are seen as beneficial to the US stock market. According to Elliott, these policies include ?lightening the load of regulations on certain sectors?, ?the creation of an infrastructure fund to build bridges and repair roads?, and ?lower taxes for companies and various segments of the population?. Trump has reportedly claimed that he would spend at least double Hilary Clinton?s proposed $275bn on infrastructure, and such major government spending is likely to be a boon to the economy, at least in the short-term. However, Elliott warns that ?Trump?s plans could well increase overall demand in the economy, boost growth and corporate earnings in the near term, but result in inflation further down the line. A typical boom and bust scenario may follow.? The knock-on effects of these maverick policies?for UK businesses are at this stage fairly unpredictable. For exporters to the US, it is a good thing when the economy is stronger and Americans are purchasing more imported goods, and there is potential here for savvy businesses to tap into. This is especially the case as the pound is currently weak against the dollar, making British goods cheaper and more competitive. However, if there was a ?bust? later down the line, the opposite would be true ? Americans would likely be purchasing fewer goods from overseas.

Another thing for would-be exporters to the US to consider is Trump?s maverick polices for trade agreements. The US is due to be a part of two large trade agreements, namely the proposed Transatlantic Trade Investment Partnership (TTIP) and the finalised (but not ratified) Trans-Pacific Partnership (TPP). The TPP is an agreement between 12 nations and contains measures to lower barriers to trade such as tariffs with the aim of boosting economic growth. The TTIP is a similar agreement between the US and the EU. Donald Trump has made no bones about of his dislike of these agreements. He believes that individual trade agreements between specific countries would offer a better deal, and that going in on the same terms as smaller countries puts the US at a disadvantage. In a video statement outlining what he intends to do when he is in office, Trump said he will be pulling the US out of the TPP, a move which was described by Kamel Mellahi, a professor of strategic management at Warwick Business School, as a ?huge own goal?. ?I don?t think the remaining 11 countries are going to go it alone. The US withdrawal from the deal will kill it off,? he explained. ?There is no doubt that China would fill this vacuum and strengthen its economic status in the Pacific Rim region. The announced withdrawal has the capacity to do huge damage to the economies of some Pacific Rim countries and one would expect them to move closer to China while reducing their dependence on the US economy.? In addition, there is no telling quite how much work or how long it would take to forge new individual trade agreements with these countries. For the UK, the TTIP is perhaps of greater interest as it currently remains a member of the European Union. The TTIP has been plagued by controversy and negotiations are not yet finalised ? given Trump?s aversion to other similar trade deals it seems unlikely it will ever be ratified. It would be impossible to predict what the eventual trade agreements will look like, and so British exporters looking to trade with the US in 2017 will be doing so in some degree of uncertainty. According to Elliott: ?Investing under Trump may be a volatile experience, but with this comes key opportunities. As always, investors need to remain diversified globally, by sector, and by currency exposure.? With so many unknowns, yet so many potential opportunities, it certainly doesn?t make sense for UK businesses to ignore the US and its potential maverick policies. Instead, as they look ahead to 2017, perhaps the best that can be said at this point is to proceed with caution.