After declaring that female employment has increased in every sector of the economy while the coalition government has been in power, HM Treasury (HMT) has been pulled up by the Trades Union Congress (TUC).

HMT revealed, in its release to the public and journalists, that the growth in multi-sector employment was in contrast to previous administrations when growth was “concentrated in the services sector”.

The TUC argument centres on the issue that data used to back up this claim came in the form of a graphic giving the “visual impression” that over the last four years the contributions of agriculture, manufacturing and construction to female employment growth have been greater than that of services.

This is not true however, the TUC declared, because the graphic did not adjust for the size of each sector. If this had been reflected, statistics would have shown nearly four in every five jobs that contributed to female employment growth were in the services sector.

Frances O’Grady, TUC general secretary, said: “The chancellor used the wrong statistics, presented them badly and made a case that doesn’t survive scrutiny. It’s a clear breach of the rules that protect the public from political spin disguised as official figures.”

O’Grady went on to say that, following on from the Treasury’s “smoke and mirrors” welfare spending effort, taxpayers now appear to be footing the bill for “Conservative propaganda”.

The TUC also finds that, if the same data is viewed, it can be concluded that 35 per cent of all job creation as been in education, health and social work (more than in agriculture, mining, manufacturing and construction combined). This, the trade organisation said, suggests that public service roles remain “strong drivers” of female employment growth – despite cuts continuing.

In a direct attack at HMT, TUC declared that the graphics were designed to “reinforce the misleading impression” as they were only sent privately to journalists.

In conclusion, the TUC said that HMT breached the code of practice after not providing information on how the analysis for claims was undertaken – or directing to where it is publicly accessible.

Freshly-released employment figures showed that, for the three months to September 2014, those in work rose by 112,000. The unemployment rate is down by 6 per cent, from 6.3 per cent, and at its lowest level since the end of 2008. Pay bonuses are also 1 per cent higher than one year ago, with pay excluding bonuses up by 1.3 per cent.

Please let us know what you think on the issue. Do you trust employment figures? 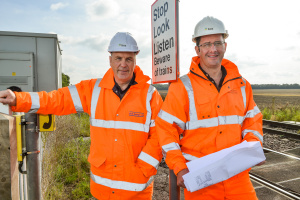