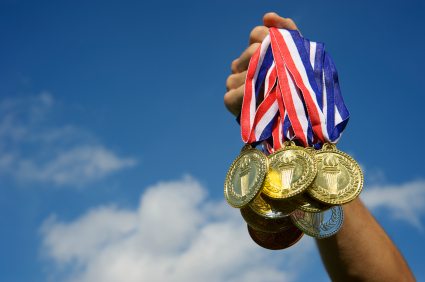 Britain’s technology scene has remained vibrant in the midst of a global recession. Even when there was an unavoidable sense that the road to future stability and growth looked set to be rather more turbulent than had at first seemed the case – this sector surged forward and continued to keep its sights set on gold.

In 2008, with the onset of the banking crisis, it seemed that an extended period of global recession was on the cards. What was not apparent at that stage, however, was the extent to which national economies in Europe and globally would need to fundamentally restructure and reinvent themselves to weather the storm and lead the way to growth.  A 2011 report from The Work Foundation highlighted the importance of the “knowledge economy” to Britain’s future economic prosperity, indicating that the business services, technology, pharmaceutical and creative industries have “driven UK growth for the last 40 years, contributing 66 per cent of all growth since 1970 and 7.3m new jobs since 19781.” The findings of the recent Hargreaves Review further demonstrated the value of intellectual property to the UK economy: in 2004, investment by UK business in intangible assets overtook investment in tangible assets – by £137bn to £104bn – while five per cent of world trade is accounted for by intellectual property licences, worth £600bn per year. As property, construction, financial services and manufacturing – once the pillars of the UK economy – begin to sway in the recessionary breeze, why is it that technology, an industry synonymous with the twin powerhouses of California and the Far East, is seeing rapid growth and presenting ever more attractive opportunities for growth, profit and stability in Britain?

Governments and politicians of all allegiances have been pilloried from all sides for their economic policies in the five years since Lehman Brothers. For every advocate of austerity as the path to economic stability there is an equally strident exponent of the importance of prioritising growth to returning the nation to prosperity. What has not been so widely addressed is the achievement of successive governments’ policy agendas in driving the foundation and growth of the knowledge economy. The introduction and extension of tax initiatives, such as R&D tax credits, the Enterprise Investment Scheme and Enterprise Management Incentives, Entrepreneurs’ Relief and, latterly, the Patent Box have served to make early-stage, high-growth technology companies a more attractive proposition for both entrepreneurs and investors.  While measures such as the introduction of “enterprise zones” and the corporation tax cut – criticised as being “based on a backwards looking view” by the Work Foundation – together with the specific measures were designed to stimulate the technology sector (as part of the knowledge economy), they represent a significant and laudable step in the right direction on the part of policymakers in the quest for achieving stable, organic economic growth.

A second factor that has contributed considerably to the growth of the technology sector is also a wider cultural observation. The UK has developed and embraced a genuine entrepreneurial philosophy. Cambridge University has opened a Centre for Entrepreneurial Learning, part of the world-famous Judge Business School. Networks of entrepreneurs have developed throughout the country. Organisations such as the National Association of College and University Entrepreneurs (NACUE) are working hard to continue to foster the spirit of enterprise in today’s university students. There is even an argument that the television programme Dragons’ Den has contributed to awakening the British public to the potential of using creativity to create wealth. Being linked both physically (predominantly through start-up incubators and innovation centres) and virtually (through numerous online communities), the brightest minds of the next generation of business leaders are aligning themselves with, rather than against, one another in the quest for success.  Being an entrepreneur means being able to recognise the commercial potential in an idea or a product and exploiting gaps in the market that others either cannot or will not address – all attributes that are vital to success in the technology sector. As the UK’s entrepreneurial ecosystem develops, so the prevalence of technology businesses emerging from it continues to grow.

The technology economy in the United Kingdom is maturing, which in turn is leading to the stable growth and development of the space in the market within which technology companies are operating. The individuals who are involved in Britain’s technology companies are now much more experienced – some are second or even third company entrepreneurs. If they aren’t, then they have access to networks of advisers and investors who are. As a result the businesses themselves are better equipped for success in the market. There has been a notable change in the nature of businesses looking for investment in the technology space in recent years. Previously, embryonic companies sought seed capital and early-stage funding to finalise the “research” aspect of R&D, to complete business plans and to seek to bring the company’s products to market. Latterly, however, companies tend to be seeking early-stage funding once they are already at the “development” stage of R&D: they are coming to the market and looking for support when there is a company to back rather than a concept, and often already a demonstrable market for their products.

In spite of the overall economic outlook, one driving force behind the success of British technology companies has been the availability of investment for early-stage, entrepreneurial businesses.  The government tax initiatives outlined above, coupled with investor disenchantment with the recent levels of return received from venture capital investment funds, have combined to make high-net-worth angel investors more willing to invest in the technology space.  Furthermore, angel investors are now hunting in packs, with many individual investors having syndicated together to use their collective experience and identify the best opportunities for growth and future success. As a result, faced with fewer companies turning to them for early-stage investment rounds, venture capital funds have in turn begun to soften the terms on which they are prepared to invest in start-ups and early-stage businesses to try to compete with the angels. It’s also noteworthy that these experienced investors have, of course, seen both boom and bust before (even in the nascent technology sector), not least with the dot com bubble in the 1990s and early 2000s. Many recognise that the best time to invest in high-growth businesses is at the bottom of the economic curve, where there is the greatest potential for return and – thanks to the various tax initiatives – a greatly minimised level of risk to the investor.

The final drivers of growth in the technology economy are the wealth of opportunities that present themselves to companies in the marketplace. As the recession continues, there is a prevailing sentiment that any large corporates that are going to fail have already done so, and that those who are in trouble are already known to be.  The remainder, however, have spent the best part of four years stockpiling cash, and remain aggressively acquisitive and perpetually on the lookout for opportunities to grow their own businesses. There is a sense, indeed, that these companies are building their armouries for the next technology weapons race. As a result, the technology space is seeing a string of acquisitions by the big players in the pharmaceutical, software and high-tech markets, as they seek to ensure they remain one step ahead of the competition at all times. With the opportunities for a successful exit so prevalent, the technology sector in the United Kingdom and beyond looks set to continue its rapid growth and to remain at the forefront of our knowledge economy to keep the flame alive. Chris Keen is a lawyer in the commercial and technology team at Taylor Vinters, a progressive law firm headquartered in Cambridge, with offices in London and Singapore.