You cackle maniacally while watching the news as your biggest rival is ripped to shreds for some discrepancy or another. They’ll surely lose business over this and their reputation will remain tarnished for a long time.

Your business, on the other hand, will soak up the customers who need someone new to meet their needs.

It’s always great to hear bad news about your competitor, but are you taking proper advantage of it? Here is the story of Costa Coffee doing just that, and what you can learn from them.

Starbucks are, obviously, the biggest name in coffee. Their cafes are nearly impossible to miss due to their aggressive expansion into pretty much any shop that sits vacant for more than five minutes.

One of their biggest rivals is Costa. Their businesses are very similar, or at least in the mind of the consumer. But Starbucks wins out due to a larger presence on the high street and because they are more well-known. When people think coffee they usually think “Starbucks”.

So what option does Costa have, but to continually fight the tide and hope they can one day eclipse Starbucks?

Well, that might have been the case had it not been revealed that Starbucks wasn’t paying corporation tax. This was obviously good news for Costa who could now attempt to mop up those boycotting the larger chain, but, in this case, Costa’s boss went a little further.

He announced at the same time that Costa paid their full corporation tax in a way that came across with pride. The point was that they’re fair and that they’re not like the other big companies out there.

Instantly they seem friendlier to the customer. They pay their way just like everyone else. Now Costa are recognisable, especially to those who have deserted Starbucks. Any other company could have pulled the same trick, but it was Costa who got there first and it seems to have worked.

Costa has recently done something else to make them seem more attractive to the more discerning coffee drinker. They actually bothered to listen to a town’s complaints before building a cafe there. Starbucks are notorious for doing this wrong, so Costa grabbed the opportunity to make themselves the alternative again.

Costa originally planned to put one of its shops in the Devon town of Totnes. Totnes is well-known for its alternative population and their independent coffee shops, and many of the locals felt that a Costa would not suit the town and would be highly detrimental.

A similar situation happened with Starbucks in Kemptown, Brighton. Starbucks just ploughed ahead, despite the opposition. In the Totnes case, however, Costa decided to withdraw its plans and let Totnes be, despite having gained planning permission. They once again showed they’re not evil and genuinely care about communities.

Costa, in a short space of time, managed to cultivate a new image for themselves as the friendly giant. People know they’re a big corporation, but they have also seen its compassionate side.

It is easy to be passive when a competitor screws up, but with even just the tiniest bit of effort – in this case two press releases and one change of mind – you can get a whole lot more out of it.

The simple thing is that you need to be quick and you need to be smart. Every time something bad happens to a company, every single one of its competitors will be looking for some way to gain from it. You need to make yourself stand out as fast as you can.

A final lesson is that just doing what makes sense financially is not always the right option.

Starbucks’ choices in regards to tax and their lack of local consultation in regards to cafes has hurt them very, very badly. They have cultivated their own negative reputation which will dog them for years. Costa on the other hand have now improved theirs invaluably and at near enough no cost.

Joshua Danton Boyd is a copywriter for the online accounting firm Crunch. 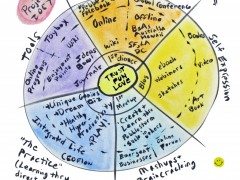 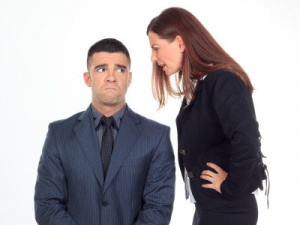 How to harass your staff