Anyone who knows me or has read this column in the past will know I am no fan of The Apprentice, what that show is doing is very bad for business.

It’s done plenty of damage to the perception of what an apprenticeship is and has left people thinking it involves a bunch of suited-and-booted, highly-preened, and highly-strung millennials running round London at the behest of a peer of the realm.

The producers would argue the show is not about apprenticeships, but things are often seen in black and white by the public and, indeed politicians. After all, his Lordship Sir Alan Sugar was made “Apprenticeship Tsar” by the Labour government on the back of fronting a TV show with the word “apprentice” in its title.

But while the show is as far removed from real apprenticeships as is possible, it appears to now be taking a giant’s footstep away from being anything to do with business at all.

Having accidentally channel hopped onto BBC1 the other night I found myself watching the type of shambles better associated with a shadow cabinet meeting – The Apprentice.

I was confronted with a menagerie of indecisive flappers and ego-driven fantasists creating a cocktail of disaster that would turn most young aspiring entrepreneurs away from a life of business ownership.

Now don’t get me wrong, I’m not naïve enough to think that the producers pick these wallies just because of their business acumen, but they have really “jumped the shark” with this series.

When Big Brother first launched it was seen as an exciting social experiment, but it soon caught the attention of some of the wilder members of society who were encouraged by the show’s producers. The exact same situation has happened in Sugar’s glass-fronted entertainment bubble.

I actually feel sorry for the guy, I mean, he’s committed to investing £250,000 of his own cash in whatever internet-dating, cake-baking, hairdressing venture the eventual “winner” is proposing.

The fact the programme still gains strong viewer numbers proves there is still interest from the public and hopefully there’s enough of them that are watching for the business content as much for the entertainment of watching the candidates fail.

However, the way it’s going the people with an interest in business will desert the show in their droves.

The Apprentice can have a place on our TV screens if it includes a little bit more reality and a little less clowning around.

Giving aspiring entrepreneurs the impression that a product, brand and sales can all be achieved in 48 hours at the behest of a Lord is simply ludicrous. If this is their only view of what business is like from the big shiny screen in the corner of the living room, or the tablet screen on their lap, then we’re in big trouble.

Television is still among the most powerful mediums to inform, educate and influence people. And business is what makes the world go round. If the two can be brought together in harmony then perhaps we’ll find a few more young people inspired to be entrepreneurs when they turn off the telly at night.

YPlan: Business which had £31m investment sold for £1.6m 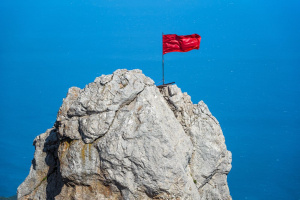