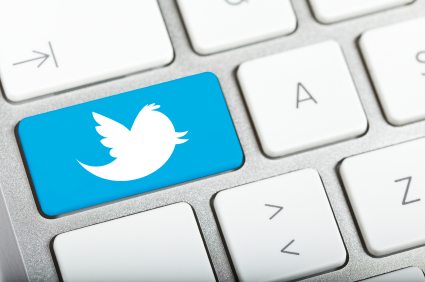 Social media is quickly becoming the begin-all and end-all of companies. In a brand race to join the social craze that attracts customers like flies, social networks are the selling platforms of today.

Twitter is one such network. But there’s one problem: it just keeps getting hacked.

June 2009 saw 33 Twitter accounts hacked due to faulty admin tools. In July 2011, the Fox News account, followed by millions of people, tweeted that president Barrack Obama had been assassinated. That same month, PayPal’s UK Twitter feed found its profile picture changed into that of a pile of excrement. Two months later, the NBC news account told the world that a plane had crashed into the ground zero area of Manhatten.

Twitter’s own system had been attacked in January this year, and the hackers gained immediate access to usernames and passwords. This resulted in the accounts of 250,000 users being compromised.

On Monday, Burger King found its Twitter profile picture evolved into the familiar golden arches of its hamburger rival, McDonalds.

?We just got sold to McDonalds! Look for McDonalds in a hood near you!? was the post that started it all. In what could perhaps be the company’s tweet peak, a mix of racial slurs and references to drugs had been re-tweeted to the account several times. Posted links included the images of unhygienic kitchens and a man injecting himself with a syringe.

But what impact did the hack have on Burger King’s Twitter account? According to Synthesio, a social media monitoring and analysis software company, 450,000 tweets were linked to the hacker, with the peak of conversation taking place at 14:00 with 160,000 tweets in one hour.

Burger King had gained 30,000 extra followers in one day and a 300 per cent increase in conversation.

The very next day, it was Jeep’s turn to have the cyber-fangs of hackers sink into its twitter account.

Social networks have proven to be a gold mine in potential customers, a reason why businesses seem reluctant to leave Twitter.

Showing how serious they are about handling the hacking issue, Twitter has recently posted job listings for security personnel, which includes engineers to work on a basic security tool known as two-factor authentication. It’s no wonder they’ve started increasing the sites security, but it’s a bit surprising that they are only doing it now.

Apart from the introduction of two-factor authentication to the platform, how will they keep our accounts safe? They don’t, we do. Experts, and Twitter themselves, are posting around the web the need for stronger passwords. We seem to follow, more often than not, poor password practices; using the same password in multiple places and choosing far too obvious words.

In 2010, in fact, Twitter banned 370 passwords for being too obvious. Did we learn to strengthen our passwords? No. So, what was included in the password no-no list?

And people wonder why their accounts get hacked? In essence, we make our accounts easy to hack. So, here are a few things you think about incorporating into your password; using at least ten characters, both upper and lower case letters and try to include a number or symbol.