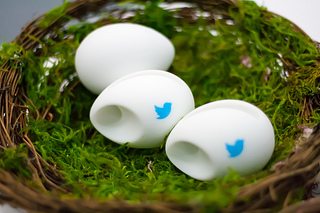 Twitter is one of the leading social networks in the world right now, and engaging with customers is not quite as simple as just composing texts less than 140 characters and sending it out into the Twittersphere.

There are a number of important tips for marketing departments on improving consumer engagement with a Twitter feed; Davison Williams Digital, a team of digital marketing strategists with an eye for brand emphasis and audience engagement, has compiled a trusty list for those who are looking to utilise Twitter in the right way. As a relatively new form of marketing, businesses are still learning how they can properly utilise Twitter to boost the engagement levels with consumers. Though the network is still fairly young in terms of networking, there are a few tips and tricks that have been proven to increase consumer engagement in a big way. Timing is everything in the world of Twitter. Facebook algorithms often rank posts in terms of popularity on news feeds, but Twitter?s feeds are entirely chronological, with the exception of sponsored posts. This means that if you tweet at the wrong time of the day, your update will get lost in a sea of uninterested parties.  Research has shown that Twitter engagement is 17 per cent higher at the weekends, and one study showed that there were definite spikes in Twitter usage around the time of commutes, both to and from work. Those windows of opportunity provide a great chance for brands to reach out to consumers and generate some real engagement among their target audience. As seems to be the mantra with Twitter and the ?tweeting? process, less can often be more. Tweets with less than 100 characters have been shown to generate 17 per cent more engagement, because they are easily digestible and simple to understand. Add a link into the mix and the engagement goes through the roof; links appeal directly to a user, and a tweet with a link included will, on the whole, generate 86 per cent higher engagement than one without. Research also dictates that if you don?t ask, you don?t get! Tweets which have a request for a retweet are found to be much more effective at actually generating retweets; if an account asks for a ?RT?, the chances go up by 12 times, and if they actually spell out the word ?retweet?, they will find their chances of being retweeted are 23 times greater. This is a fantastically easy tip to implement into any marketing scheme, and all marketing staff should be alerted to its usefulness before they send out any updates on behalf of the company. Image Source By Shan? Schutte