Aliza Rosen, product manager of Twitter, took to the platform’s blog to explain the character limit extension in the light of its own research. She used English and Japanese as an example, stating that 140 words proved more frustrating for users fluent in the former language.

“When I Tweet in English, I quickly run into the 140 character limit and have to edit my Tweet down so it fits,” she said. “Sometimes, I have to remove a word that conveys an important meaning or emotion, or I don’t send my Tweet at all. But when [senior software engineer Ikuhiro Ihara] Tweets in Japanese, he doesn’t have the same problem.

“He finishes sharing his thought and still has room to spare. This is because in languages like Japanese, Korean, and Chinese you can convey about double the amount of information in one character as you can in many other languages, like English, Spanish, Portuguese, or French.

“We want every person around the world to easily express themselves on Twitter, so we’re doing something new: we’re going to try out a longer limit, 280 characters, in languages impacted by cramming.”

The implications didn’t stop users from listing off the things they would have preferred rather than the 280-character limit. It was suggested that more should have been done in the way of dealing with abuse on the platform. Some emojis take up a larger word count than others. There’s also the lack of editing capability.

Perhaps taking a queue from the criticisms of consumers, brands have started poking fun of the limit. We rounded some of the Tweets up:

Imagine what we could do with 280 characters pic.twitter.com/oxyLqMF7wn

Healthier and fitter staff will drive profit – it’s that simple 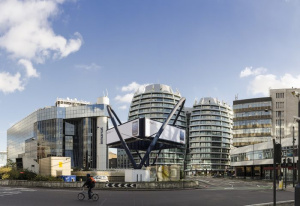