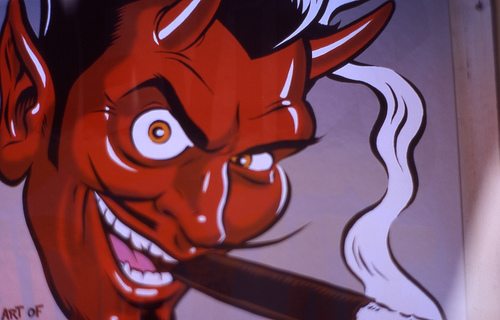 Fast forward a year and watch as the ?Arab Spring? is being repeated: this time, in and around large company board rooms. As we read on Real Business last week, the CEO position is more fragile than ever.

The first target was Stephen Hester, the man who reduced The Royal Bank of Scotland’s balance sheet by a staggering ?600bn. Bob Diamond followed, despite successfully running a business against the backdrop of the global financial crisis without Government bailout. Today it’s rare to find a FTSE 100 CEO untouched by his/her puppeteers: we’re in the age of the shareholder mutiny.

It?s all too easy to make business leaders appear the villains; the scapegoat in the boardroom. But when the mob are storming a corporate HQ with placards held high, they do so from a position of ignorance.

C-level executives are a rare breed. The skills required, particularly at FTSE 100 level, are unlike those needed for any other role out there. CEOs work tirelessly in the interests of their shareholders and derive great value for them. Indeed, businesses within the FTSE 100 account for circa 90 per cent of the market capitalisation of the London Stock Exchange. They are big companies, and they need big leaders. Far from demonising CEOs and forcing them into retirement, we should thus be encouraging and motivating them to stay within our companies.

Our industry thrives on executive churn. From a selfish perspective, the ?shareholder spring? is good for our balance sheets. But this does not blinker us to the big picture: treating business leaders as Arab dictators is not good for business, confidence, the economy or, ultimately, the country.

Two of our current processes are replacing C-level executives directly forced out through a shareholder revolt. Neither of them have posted a financial loss nor missed city expectations. They have not even seen an abnormal drop in share prices over the last two years (obsessing about shareholder value being the usual tool of media corporate hatred).

Perhaps more worrying still are those individuals who have left their posts because they?ve simply ?had enough?. CEOs of large public businesses typically don?t need to work. They have slaved very hard for decades, been well remunerated along the way and, after a couple of years steering the ship, have a net worth guaranteeing a lifetime of financial stability. They perform the job because they want to. Take away that enjoyment and replace it with a fight against the attitude of the shareholders, media and politicians, and it’s hardly surprising that they would call it a day.

But this leaves businesses critical to our economy and its continued recovery without leaders. Is that what the shareholders really need to protect their interests?

A worrying trend we?ve noticed is the emigration of public company CEOs to privately backed businesses. In one afternoon alone we spoke to five individuals, who had all grossed over ?1m in the previous twelve months, depart public businesses for the same reason: it just isn?t worth it.

Kudos to Sir Martin Sorrell, however, who this week announced that he will take his full pay and stick two fingers up to those who oppose it. The chief executive of WPP now faces a battle against the ?deeply disturbing? attitude of his own shareholders, but is determined to weather the storm: ?The board’s compensation decisions are right because they reward performance, not failure. I thought the object of the exercise was to behave like an entrepreneur, not a bureaucrat.?

If we want our businesses to thrive ? and our country to recover from economic depression ? we need the best leaders to remain within our companies. To have successful C-level executives who have exceeded all performance metrics looking at their options in order to avoid being ousted by ignorant protestors is unsettling to say the least. The best leaders don?t need ?us? as much as ?we? need them. They might make the easiest scapegoats, but when CEOs are turned on by shareholders from a position of ignorance and mob mentality, it is they who are the real victims.