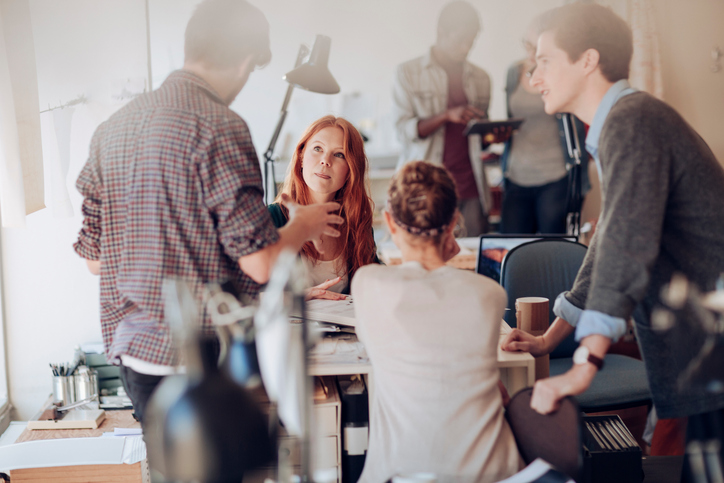 Construction business Carillion found itself £1.5bn in debt, leading to its liquidation and the consequent loss of thousands of jobs. Its attempt to cover its financial crisis led to numerous government investigations, with the latest affirming that the company’s board of directors instilled a “rotten culture”.

The May report, collated by the Work Pension and Business, Energy and Industrial Strategy committees, painted a picture of “recklessness, hubris and greed”.

According to the Business committee’s chair, Rachel Reeves: “Delusional directors drove Carillion off a cliff – and they tried to blame everyone but themselves. Their colossal failure as managers meant they effectively pressed a self-destruct button.”

What’s more, Reeves revealed that the Carillion incident had brought to light the flaws present in the business landscape. Culture is set by management, founders and specifically board members. It causes a domino effect that impacts the business’ bottom line, reputation and happiness of staff.

Uber’s Travis Kalanick is a good example of leadership failing to create an inclusive culture. The Financial Times’ Andrew Hill said it best: “The values of Uber’s founder became Uber’s values. ‘Toe-stepping’, the idea that the best should rise to the top, even if they have to hurt rivals on the way; a willingness to have a ‘principled confrontation’ with opponents and the self-explanatory ‘always be hustlin’.

“As the report into the transportation company’s controversies points out, some of those values have ‘been used to justify poor behaviour’.”

While both companies proved successful for a time, Hill cautioned founders not to structure their businesses around such models lest they imitate the “unsavoury management techniques” as well. After all, as author James Heskett once revealed, culture can account for 20-30% of the differential in corporate performance when compared with ‘culturally unremarkable’ competitors.”

Not quite the happiest place on Earth: Why Disneyland, Sports Direct and other big brands are failing on company culture


Disneyland may be coined the happiest place on Earth, but employees beg to differ. Praseeda Nair & Letitia Booty explore how Disneyland and other big brands are failing on company culture and what that means for the bottom line.

Given that 80% of executives rated employee experience as an important issue they need to tackle – a figure from an O.C. Tanner report– culture needs to be a priority from the onset.

Hoping to inspire culture-building efforts within companies of all sizes, the company spoke with nearly 10,000 employees around the world – and came away with the traits companies should look to emulate.

“Ultimately, there are six aspects of culture that people look for in a great place to work: purpose, opportunity, success, appreciation, wellbeing, and leadership,” it said. “It’s unfortunate then that the overarching word to describe the current workplace was stress.

“Naturally, given such a broad topic, there are other aspects of culture that we don’t consider, which could be considered building blocks. These blocks are the things people seek most in a great place to work. They attract talent, inspire and enable people to do their best, and keep good people around for the long haul.

What O.C. Tanner refers to is purpose, opportunity, success, appreciation, wellbeing and leadership. People want to connect to something bigger and more important than themselves. they want to understand where they fit into that organization and how they individually help achieve that purpose.

“A great anecdote that captures the importance of this is an unconfirmed exchange between a janitor and president John F. Kennedy just as NASA was getting started,” O.C. Tanner explained. “’What do you do?’ Kennedy allegedly asked the janitor during a visit to Cape Canaveral. ‘Well, Mr. President, I’m helping to put a man on the moon’ was the janitor’s supposed response.”

Sometimes, however, corporate culture suffers not due to greed, but because employers believe they have it down pat. This isn’t always the case and it’s certainly difficult to look at your creation and see its faults.

Back in 2016, Blue Kite revealed that out of 289 respondents, those who hold leadership roles rank culture higher than employees do. The company’s research reiterated the characteristics that create a strong culture, with 93% suggesting the most important area of focus was creating core values. Honesty and transparency were equally as important.

Honesty needs to be applied when looking at the business as a whole. With culture impacting on such of the business, it’s easily the most important element to get right.