Poor old Uber (well with a valuation of $66bn, maybe not so poor) is under fire again. Its UK general manager sent customers an email which details the company’s plan to appeal against a tribunal ruling on two Uber drivers and their employment rights.

This ruling, made on 28 October, was one that many feel could end the new era of the “gig economy”. The drivers claimed that Uber was acting unlawfully by denying them basic workers’ rights such as the minimum wage along with sick and holiday pay. They won their argument that they were employees and therefore potentially entitled to protected rights, rather than self-employed operators – as Uber defines them.

The case was first supported by Jason Moyer-Lee, the leader of the Independent Workers Union. Moyer-Lee, an American citizen, has seen fit to campaign on several legal issues since his personal case against Britain’s decision to turn down (twice) his visa application as a graduate entrepreneur.

He argued that the case was not based on the panel’s belief that his idea was unsustainable but was politically biased. He has since conducted high-profile cases where he waxes volubly on British law. While Moyer-Lee is getting a lot of air time on the case, the drivers were in reality supported by union GMB.

Cases have been running in the US all year, debating the case as to Uber drivers being self-employed contractors or employed. Uber paid out a total of $69m through law suits earlier in the year in California and Massachusetts alone. Meanwhile, Uber drivers came out on strike in New York State in support of claimants for unemployment benefit for ex-Uber staff. Two out of three drivers won the case.

In court, Uber claimed that it is a technology company rather than a taxi firm. The firm may have developed the technology to allow it to operate but that could be said of, for example, Facebook. It doesn’t make them any less a company and it is difficult to conceive of why it clings to this argument.

However, its other main argument both in court and in the email Uber UK have sent out this weekend claims that drivers work for Uber precisely because they value being their own boss and being self-employed. In doing so, they therefore have the freedom to choose when, where and how long they drive for. Uber says this can be substantiated by drivers’ opinion polls.

Back in June, Uber tried hard to stem the tide of growing law suits by increasing the benefits for their drivers.  Waiting fees were introduced, flexible routing decisions, discounting for four people rides, and the ability to pause ride requests and get instant payment. All these points were designed to underline (and publicise) the flexibility that the drivers of Uber have over their own lives.

The attack on the gig economy could fast become a political hot potato. Some 15 per cent of the population is self-employed. Uber have two million users in London alone. The ruling could drastically affect a huge slice of the economy and politicians have revenues and unemployment figures to consider. Self-employment has made a huge contribution to the numbers of unemployed falling.

Critics can argue that this sort of work fuels inequality. There are big firms that fuel inequality who employ direct.  Inequality, though we all need to fight against it, exists everywhere, not exclusively in the gig economy. It worries me with this case that there is a constant attack on our democratic rights freedom of choice, of freedom to set up new types of company that have undoubtedly benefited millions – of freedom of choice for people who do prefer to be self-employed. Working for someone on a self employed basis ?

The representatives of the Uber drivers in this case argue that these self-employed people should not have the right to be self-employed and this does not undermine their flexibility and freedom. I strongly argue that of course it does.

Along with many entrepreneurs, I consider myself pretty unemployable. From my first few forays into employment, it took very little time for me to decide that any gig-type employment, and I dabbled in quite a few different types even back then, were hugely preferable from the controls of being employed.

It would not apply to everyone I am sure. Some will be working for Uber out of necessity. But to dismiss the obsession that some of us have with freedom for direct employers is to misunderstand an entire slice of the population. In addition, the gig economy is absolutely perfect breeding ground for employers of the future and indeed for self-funding while new ventures get off the ground. Restricting it could affect the economy in some unseen and as yet unheralded ways. 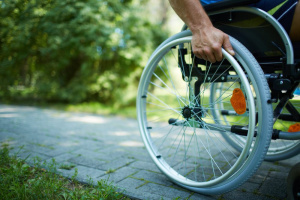 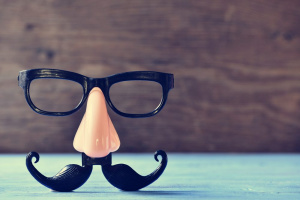