The London Taxi Company, which went into administration in 2012 but had its assets bought back by Chinese automaker Geely a year later, secured £16m of grant money from the government’s Regional Growth Fund (RGF) to help finance the £300m project.

“Through our ambitious Industrial Strategy, we are committed to building on our strengths and taking advantage of the opportunities the new low carbon economy provides.”

According to a statement, the new factory will have the capacity to build in excess of 20,000 vehicles a year – with an emphasis on the new TX5 model, a zero-emissions vehicle, and other hybrid technology.

Figures from the government showed the total number of licensed taxi and private hire vehicles in England increased by 9.3 per cent to 242,200 between 2013 and 2015. This was the highest number of licensed vehicles since comparable records were first collected in 2005.

The London taxis factory is the first new UK car plant in more than ten years and is set to create 1,000 jobs. This is despite evidence suggesting the cost of building a car in the UK could surge by £2,400 on the back of a “hard Brexit”. Figures from PA Consulting Group suggested import tariffs will be felt particularly hard in the automotive sector.

Alongside the opening of London Taxi Company’s new site, the Department for Transport (DiT) announced an additional £64m of investment to promote the use of electric taxis – to support the £50m Plug-in Taxi Grant programme and £14m chargepoints building effort in ten council areas.

The grants provided will give taxi drivers up to £7,500 off the price of a new car.

Transport minister John Hayes commented: “This government is committed to improving air quality and reducing pollution in towns and cities, which is essential for people’s health and the environment.” 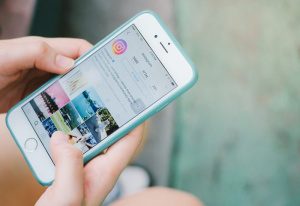