With Uber’s ban in London by TfL, CEO Dara Khosrowshahi is facing a reality check to admit mistakes, something that all CEOs and leaders will do, often more than once in their careers.

It’s never easy when you come to that particular moment when you’re faced with decisions and changes that could change the future of your business for good.

Some of the most difficult decisions I have had to make, both at work and personally, are when I’ve had to reverse a decision to which I was committed. Whether it’s stopping a pet project, or acknowledging that a new product investment was flawed, it’s not easy to say, “I was wrong, we should stop now”.

When trust breaks down, the fundamentals of business are broken. Amorality can creep in. Businesses succeed when there is a reasonable level of trust between parties.

When trust is absent, customers and colleagues are unhappy, the reputation of the business is damaged, and ultimately its ability to grow and prosper is held back.

Leaders build trust through being open, honest, and transparent; through being willing to admit mistakes. More and more, the public expects that leaders will be role models for positive values.

In the wake of corporate scandals and economic turmoil, we have witnessed a breakdown of trust in business leaders. The public has become more demanding and there is an expectation that poor behaviour should not be tolerated.

It’s never easy to admit mistakes and say that we were wrong, or that circumstances have now changed and our decision won’t work. But one of the lessons I’ve learned through bitter experience is that it can be worse to persist, doggedly trying to make an erroneous decision work, holding onto the original vision that led to the decision in the first place, even if it was wrong.

In the boom years of the early noughties I was part of an elearning project which I believed would become massive. It was in line with the analysts’ predictions, and it had some great early adopters involved. I was determined, but I was not tuned in strongly enough to our wider customer base and the market place as a whole – I wanted to believe the hype and was not sufficiently close to what was going on around us.

I was too stubborn, and we would have been much better off to have adapted our approach to be more in line with what clients were actually seeking at that time.  In the end, it was a partial success, but we wasted a lot of time and effort with an enormous opportunity cost.

Back in 2001, I needed to have had more humility, more willingness to listen to the advice of others and to acknowledge when my decision was, at least in part, wrong. I needed to slow down, to talk to customers, and to adapt to changing market demand. I wish I had been more connected to our customers and my colleagues, and able to put my hands up and accept that my initial decision was not right and admit mistakes.

Dara Khosrowshahi and Uber need to rebuild trust, place positive values at the heart of the business, and create more meaningful connections between the organisation, colleagues, and customers.

Khosrowshahi outlines his key challenges in his open letter to Londoners. He recognises that Uber needs to change.

By making the decision to admit mistakes, reaching out to Londoners, and inviting them to work in partnership with Uber, Khosrowshahi could be heralding a new era of transparency, customer-centricity, and collaboration.

These words now need to be followed up with action. Can Khosrowshahi become a genuine role model for the values of humility, integrity and passion which he articulates?

Uber was already facing scrutiny. Following recent events, that scrutiny is only set to intensify. 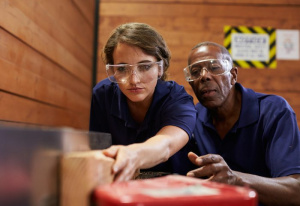 When will apprenticeships get championed through careers advice?