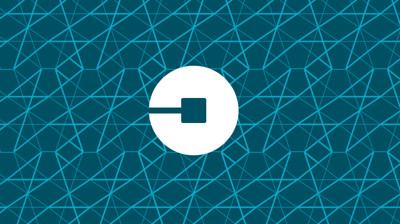 Well, according to several tweets, it looks more like the combination of a broken polo mint and an ancient Chinese coin.

In the literal words of Uber: ?The company you know and love is getting a wardrobe change. I know the first question everyone?s going to ask? ?I love the Uber icon! Why the h*%k are you changing the big red U?? or ?What happened to my big red, lovable magnet?? I know. It?s hard for us too. But there are many reasons for the change.? Uber’s?press release describing the changes???written by CEO Travis Kalanick ? claimed the new branding “celebrates the company’s technology, as well as the cities it serves,” and gets rid of the stark background in favour of colours that vary depending on region. “The old Uber was black and white, somewhat distant and cold,”?Kalanick explained. “The team has spent months researching architecture, textiles, scenery, art, fashion, people and more to come up with authentic identities for the countries where Uber operates.

“In Mexico we were inspired by Mexican pink and the patterns in the local tiles; in Ireland, from the Georgian architecture and the lush greens; and in Nigeria, from the ankara, which came up again and again because of its bright colours and beautiful geometric patterns. ?This updated design reflects where we?ve been, and where we?re headed,” he added. “The Uber you know isn?t changing, our brand is just catching up to who we already were.? Read more about branding:

He also said: “This belied what Uber actually is ? a transportation network, woven into the fabric of cities and how they move. To bring out this human side ? the atoms ? we’ve added colour and patterns.” You heard right, he said atoms. After having been personally involved in the redesign, the CEO said the little square was ?a bit,? representing technology, surrounded by ?an atom? ? which would be the circle. ?Most of us don?t think about bits or atoms much, if ever,? the company claimed. ?We leave no bit or atom unturned to create industries that serve people ? and not the other way around.” According to Ed Zitron, the founder of EZPR, the change is quite hilarious. He claimed it was?incredible that a company “so desperate to appear at least remotely reliable and cuddly” has chosen the most robotic logo it could have gone for. Zitron is also convinced that Kalanick playing a hands-on role in the design is a bad sign. And to quote Wired magazine: “Kalanick is not a designer. He’s an engineer by training and an entrepreneur by nature. Yet he refused to entrust the rebranding to anyone else.” The lesson here is that you need to do some thorough research before tackling the rebranding of a company that has often been in the lime light. Or, from the early onset, consider whether there’s potential to branch out and how your logo could reflect that. Most importantly, however, make sure your logo can’t be turned into what’s being referred to as drunk Pac Man online. Not taking the latter into consideration, what Uber got in the end seems to be whole bunch of people that simply don’t get the logo’s depiction of “bits” and “atoms”. Per usual, Twitter users did not stay quite.

Uber changing its app logo to this. Dropping what must be the most recognisable U on the planet. Madness? pic.twitter.com/rtBcg1UNpz

congrats to uber for shaking its anxiously masculine dudebro image by literally making its new logo a dark sperm https://t.co/CeKLN6eHvT

On new Uber logo: People at 2am after a few adult beverages are gonna be like “where’s my Uber app?”

Uber logo change is evidence of their ambitions beyond transportation. When Uber is a network, not a taxi, lack of a U will make sense