One of the ways UFC fighters increase ticket sales is to stage a rivalry with their opponent both in and out of the octagon. Sometimes, however, genuine hatred comes to the fore. After hearing that a confrontation took place between light heavyweight champion Khabib Nurmagomedov and one of his close friends, McGregor flew 20-odd people from Ireland to assault Nurmagomedov’s tour bus.

Three fighters were axed from the oncoming UFC event because of it – two of which were due to injuries. Both were sitting inside the bus when McGregor threw a dolly at the window. Flying glass caused face lacerations on one and allegedly went into the eyes of the other. The third fighter was pulled from the event for participating in McGregor’s rampage.

UFC president Dana White called it “the most disgusting thing that has happened” in UFC history. “This is embarrassing for the sport and obviously for the UFC. What happened was criminal, makes me sick, and we as an organisation need to make sure this never happens again.”

Five years ago, Conor McGregor, the Irish UFC champion, was fighting matches that only drew a few hundred people. Now, he flies all over the world to promote matches that draw thousands.

You may think it an absurd example for workplace violence, but when stress, pressure, competition and personal experiences and prejudices combine, people tend to lash out. In fact, YouGov and TUC research revealed in 2016 that 12% of people have been pushed, spat on, punched or stabbed at work. Some 20% said it happened over ten times.

But how do you handle such employees – especially those who snap in such a public way? An incident where an employee commits a violent act in public, Peninsula employment law director Alan Price told Real Business, will often be considered gross misconduct as it effects the company’s reputation.

“Many employers chose to create clauses that require staff to uphold a certain level of behaviour whilst out of work, with acts that bring the company into disrepute often classed as gross misconduct in internal procedures,” Price said. “Employers can dismiss individuals on the grounds of causing reputational damage. But those wishing to do so would be advised to find examples of the cost these actions have had.

“As seen with McGregor, employees that commit such acts may end up facing criminal charges. Whilst employers do not have a general right to fire those with a criminal offence, as the act was violent in nature this could easily damage relationships with clients, affecting overall corporate success.”

While it seems like a no-brain cause for dismissal, employers are still required to carry out a disciplinary procedure in line with the company’s policies and the Acas Code of Practice. 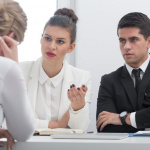 Staff complaints can make for awkward situations, but having grievance and disciplinary procedures in place will help you quickly establish the facts and take action.

As part of this procedure, Price reminded, you should conduct an investigation into the alleged incident. Interviewing the individual in question, as well as any available witnesses, is a must.

“Given the emotive nature of the act, it may be advisable to suspend the employee for the duration of the investigation to prevent further workplace confrontations,” he explained. “During the investigation employers should consider if there are any mitigating circumstances which may have caused the employee to act this way. At the disciplinary hearing, these circumstances can be considered when making a decision on the disciplinary action.”

The most important part is to actually address such a situation when it arises and take action. Doing nothing can have significant consequences. It’s detrimental to corporate profitability. Staff will call in sick so as to avoid the workplace, stress and unhappiness will cultivate within more of your employees and the credibility of management plummets and ruptures employee-employer relations. 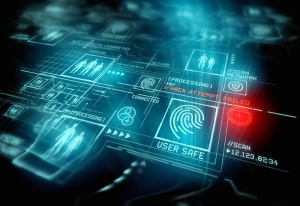 MP Kemi Badenoch&#8217;s hack prank reminds us not to violate the CMA