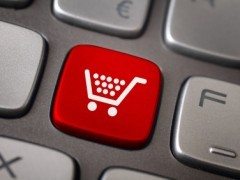 Of those who abandoned an internet-based purchase, 47 per cent took their business to a competitor, 20 per cent gave up completely, while one in six tried again at a later date, according to Experian research..

The survey found that pensioners in their 70s, 80s and even 90s, who are no longer as physically active as they were, are the most patient, with only 32 per cent having completely left a transaction in the last 12 months. In contrast, typically young, single adults on limited incomes, were found to be the least patient with 43 per cent saying they had abandoned one or two deals due to lengthy security checks, and 16 per cent admitting to having done so ‘frequently’. As more business is conducted online, one in two UK adults believe transactions are becoming increasingly time consuming and complicated. Those living in small, isolated villages with poor access to broadband, were most frustrated, with 72 per cent believing verification processes are becoming more complex, significantly higher than the national average.

Identity impatience was greatest in the online gaming environment where consumers will only endure a four minute wait before opting out. Whilst only a short window of time, this is an increase of one minute on 2011 figures, which means people are more forgiving than two years ago. Tolerance levels were also low in the retail sector, with customers only willing to undergo up to five minutes of checks despite the channel’s relative convenience. It is estimated that abandoned transactions in the retail sector equates to around £2.3bn worth of lost revenue.

Consumers are, however, far more understanding when it comes to purchasing a mortgage or insurance, with individuals happy to wait approximately ten minutes. This degree of tolerance was also similar for transactions across the travel industry, where they were happy to spend wait up to nine minutes.

Public sector services are similarly susceptible to impatient consumers. The research found consumers are only prepared to tolerate being online for seven minutes whilst interacting with NHS, government and public services before losing patience. Sector tolerance breakdown: By Shané Schutte