While the UK aerospace industry is the world’s second-largest, employers now fear Brexit will make the sector loose its lustre. In fact, a Financial Times article claimed bosses were “scared witless” of the potential impact.

Peggy Hollinger, the article’s author, further maintained “Britain’s position already weakened beforehand due to a shift from aluminium to lighter composite materials. And there are worries that the decision to go it alone could lead to big non-tariff penalties such as costly delays at borders if the UK withdraws from the customs union.”

The article was written in January, and since then increasing global demand for UK manufactured products has seen the sector go from strength to strength. This success was the focus of a co-published report by Santander and EEF, which claimed eight out of ten of Britain’s top export markets were located outside the EU.

“Manufacturing investment has come back online and orders have been flowing through the international supply chain,” the two concluded. “What’s more, the Sterling depreciation has positioned UK manufacturers to take advantage of improved global demand conditions. In essence, the UK aerospace industry has become a global powerhouse.”

The UK aerospace industry is said to specialise in engines and parts of aircraft, accounting for 79 per cent of all UK aerospace exports. Of that, 35 per cent are exports of wings, fuselages, doors, control surfaces, landing gear and fuel tanks. Some 23 per cent makes up turbojet engines and 20 per cent is engine parts. This focus has ensured the industry will continue to grow.

Space tourism and a focus on passenger luxury were also cited as key growth drivers. And more demand over the next 15-20 years will start coming from China – it has been forecast to displace the US as the world’s largest aviation market by 2024, and we know the nation is a fan of ‘Made in Britain’.

“The ability of UK aerospace manufacturers to stay at the forefront of cutting edge technologies has ensured the continued competitiveness of the industry internationally and the retention of a high share of global aerospace sales,” the report lauded. “Also worthy of praise is the ability to move up the value chain through continuous innovation. The industry is underpinned by a relentless drive to improve not just the performance and safety of the final product but also the manufacturing process itself.”

But as was suggested by George Nikolaidis, senior economist at EEF, while there are, indeed, risks ahead, the sector is well positioned to harness upcoming challenges and remain a key player going forward. 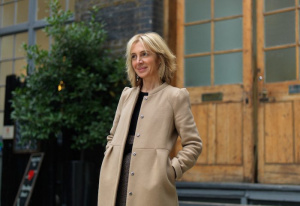 Six habits to bring a startup mentality to your growth business