A new report published by innovation organisation Nesta and the University of Cambridge has tracked the alternative finance market from when it was worth £267 million in 2012 to its current state of £1.2bn during 2014.

On track to reach £1.7bn by the end of the year, Nesta and the University of Cambridge forecast a further near tripling of the market in 2015.

The research finds that peer-to-peer business and consumer lending continues to dominate the market, worth £759m and £547m in 2014. However, equity crowdfunding is experiencing similar impressive expansion and grew by 201 per cent to £84 million year-on-year.

Some 7,000 small and medium-sized businesses are expected to have garnered £1bn in business finance by the end of 2014, a figure worth 2.4 per cent of all banking lending to SMEs.

In an interview with Real Business, Liam Collins, co-author of the report, said: “Although it is pretty evident that the market will continue to grow and is therefore doing lots of things right in terms of marketing, awareness raising etc, there are still some challenges.

Further statistics from the study find that 44 per cent of SMEs knew of at least one alternative finance option, but only nine per cent had approached one.

Commenting on the growth of equity crowdfunding, which allows retail investors to invest alongside high-net worths for a stake in companies, Goncalo de Vasconcelos, CEO of SyndicateRoom, said the growth shows that alternative has developed into a “mature and diverse” sector being used before, and not after, banks.

“For sophisticated investors seeking strong returns or promising businesses seeking finance, equity crowdfunding is increasingly their first choice, rather than an alternative to the conventional bank model,” he added.

“Competition is intense and the market is continuing to innovate – and the UK now has the most advanced crowdfunding environment in the world. With demand from both investors and fundraisers increasing, alternative finance is here to stay; and will continue to grow even when the conventional credit pipeline unblocks.” 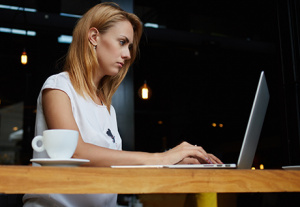