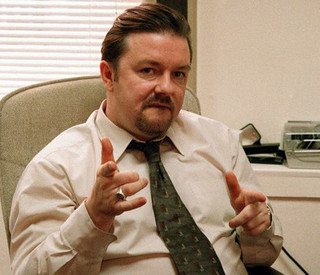 Learning content specialist Video Arts asked employees to vote for the worst bosses depicted in film or on television either side of ‘the pond’. The poll shows that Britain’s ‘boss from hell’ is David Brent from The Office, portrayed by Ricky Gervais. America’s worst boss is Miranda Priestley from The Devil Wears Prada,?played by Meryl Streep.

Martin Addison, CEO of Video Arts, said: “500 years ago, Machiavelli posed the question of whether it is better to be loved or feared as a leader. Interestingly, when asked who they would least like to work for, British workers chose a boss who strives to be loved by those around him, whereas US workers opted for someone who wants to be feared.” The poll indicates that the worst-possible boss in Britain is an insecure and self-deluded individual who wants to be popular and tries too hard to be funny. In the US, the nightmare boss is someone icy, dismissive, condescending, who believes they are always right and who psychologically abuses subordinates. “Machiavelli claimed that it is desirable to be both loved and feared as a leader but he acknowledged that this is difficult to achieve,” said Martin Addison. “He concluded that it’s safer to be feared than to be loved. Above all, he said, a leader should strive to avoid being hated. This is where David Brent and Miranda Priestley fail, as both are despised by their teams. Having a miserable workplace may be entertaining on film or TV but in reality it is never a good thing. There’s a lesson in that for every boss.” According to the poll voters, Britain’s top ‘bad bosses’ are:? The worst bosses in the US are:? Image source By Shan? Schutte