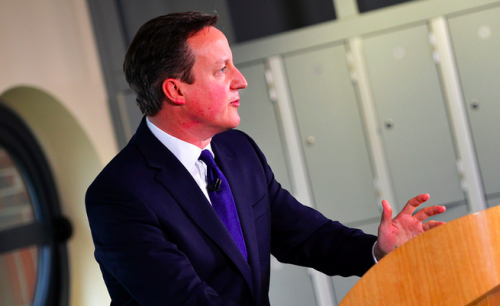 According to the National Careers Service, there are numerous skills needed to become an MP. This includes “excellent communication skills and public speaking”, “the ability to persuade and motivate people”, “problem-solving” and knowing how “to work under pressure”.

Although it sounds like the ultimate employee skill set, a?poll of small companies by Crunch Accounting revealed some intriguing results. Asked which party leader, if any, business owners would offer a job to, the resounding response was none. This is despite the impressive resume sported by each party leader. David Cameron went to Eton College at the age of 13 and received his bachelor of arts degree in philosophy, politics and economics at Oxford. He also attended Brasenose College, from which the graduated with a first-class honours degree. Nicola Sturgeon, leader of the Scottish National Party (SNP), studied law at Glasgow University before working as a solicitor at Drumchapel Law Centre. She became an SNP member at the age of 16. Liberal Democrat party leader Nick Clegg studied social anthropology at Cambridge and continued post graduate studies at University of Minnesota through a scholarship before going to the College of Europe in Bruges.?His previous jobs includes being a trainee journalist in New York and a consultant in Budapest. UKIP’s Nigel Farage?decided not go to university but chose to work in the City as a commodities trader.? Read more about the political parties: Natalie Bennett, the Green Party leader, was the?former editor of Guardian Weekly, and wrote for the Independent and the Times. Meanwhile,?Plaid Cymru’s?Leanne Wood qualified as a probation officer and served as chair of the South Wales branch of the National Association of Probation Officers before becoming a?political assistant and a lecturer in social work at University of Wales. Much like Cameron, Ed Miliband studied philosophy, politics and economics.?After graduating, he became a Labour party researcher and rose to become chairman of HM Treasury’s Council of Economic Advisers.? Among those who would give the political leaders a chance, 22 per cent said they would hire Cameron and 13 per cent Miliband. Sturgeon narrowly took third place with 12 per cent, while Clegg would be offered a position by just 11 per cent of those surveyed.? Small business owners had even less faith in the remaining candidates. Fewer than one in ten said they would offer Farage a job, while just per cent would employ Bennett and two per cent chose Wood. The survey also asked business decision makers which party best understands the needs of SMEs and the self-employed. The Conservatives took the lead with a third of votes (32 per cent), while Labour took a quarter. Around a fifth felt none of the parties understood their needs, while one in ten said the Liberal Democrats had their best interests at heart.? Despite Farage calling UKIP the party of small business, just eight per cent of those surveyed said his party represented their interests. The SNP earned just two per cent of SME votes, despite 12 per cent of business owners giving the thumbs up to Sturgeon as a potential employee. ? Darren Fell, MD of Crunch Accounting, said: ?With the election just a few days away, politicians would do well to take notice of these results.”? Whether they?re up to the job or not, they are clearly not coming across as credible to the small business community and that should be of huge concern to them.? By Shan? Schutte