Online management reputation consultancy Igniyte polled 1,000 decision makers and found that the issue had cost one in five organisations as much as £30,000 to rectify.

The type of negativity ranged from posts on review sites such as TripAdvisor or Yelp, coming from rivals, to unfounded social media attacks. Social media has been serving as a new form of marketing and often a more direct one, but it has also made businesses, and individuals, vulnerable to negative responses – all in the public eye.

Most business owners surveyed said that online reviews were significant in determining their financial and reputational status. Some 75 per cent agreed this was the case, while one in six claimed that unfair negative posts could destroy their business completely.

While bigger companies may be at risk of more extensive damage through greater exposure, reviews for smaller companies may hold greater weight, since that’s a key route to business – particularly when still working on getting its name and brand out there.

A third felt that online comments and reviews were becoming increasingly impactful on their company’s reputation. Damage can be severe when posts can be so easily shared, and UK companies said they were spending money to address the issue.

Almost 30 per cent spent between £11,000 and £20,000 a year dealing with online reviews – through external reputation management agencies, legal fees and/or in-house social media managers. Nearly a fifth have spent up to £30,000 on challenging difficult posts.

It is a popular tool for many, but many business owners admitted they remained unsure about how to deal with negative comments online. Almost a quarter resorted to legal action in order to have the unfair content removed.

Some 33 per cent of decision makers said they hadn’t had to deal with malicious reviews.

There have been many occasions where bad reviews have reached the mainstream media – in an example of business owners not knowing how to react to negativity online, a hotel fined a couple £100 for a TripAdvisor review.

The story swept across the internet after Tony and Jan Jenkinson stayed at the Broadway Hotel in Blackpool and described it as a “rotten stinking hotel”. They later found an extra £100 had been charged to their credit card, with the hotel saying it was its policy to charge for bad reviews. It said: “Despite the fact that repeat customers and couples love our hotel, your friends and family may not. For every bad review left on any website, the group organiser will be charged a maximum £100 per review”.

Following a spate of bad press, the hotel announced it was refunding the money and pledged to improve its facilities. Blackpool Trading Standards had warned its policy could be illegal, so it cancelled it, though it was introduced in an attempt to prevent customers from “defaming the business”, according to a spokesman.

It highlighted the difficulty in balancing people’s right to give their fair comment with the challenge some businesses dealt with in customers threatening bad reviews in order to receive discounts.

More recently, 47 King Street West restaurant in Manchester responded to criticism of its service with a strongly-worded reply of its own. A woman out for her hen do outlined the good of the experience – the food – but said the service was poor and the manager had a “terrible attitude”, despite the group spending £600.

The response from a random member of staff called the group “absolute trash” and added that “we pity the groom!”. The director of the restaurant later said the incident was “regrettable” and they had dealt with the matter internally. 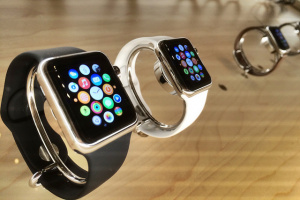 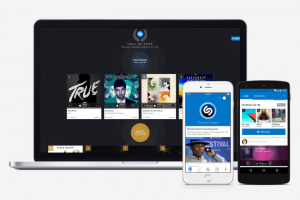