Despite continuous talk of a funding gap, businesses are positive about the support they have received from their bank over the last twelve months, revealed research by business advisory firm Baker Tilly. However, continuing economic uncertainty means most are still cautious about raising finance in 2013.

“Your Outlook for 2013 – a business survey” was carried out by YouGov on behalf of Baker Tilly, and polled over 800 business leaders across the country about their expectations, opinions and priorities for the coming year.

The latest results from the survey showed that over 80 per cent of businesses that raised finance over the last 12 months had turned to their bank to meet those funding requirements.

But despite the generally positive attitude towards banks revealed by the study, businesses were still very cautious about increasing their debt. Fewer than one in four said they planned to raise finance next year, with just over half saying they would be looking at traditional bank lending, which represents a four per cent increase on last year’s survey.

The next most popular choice was private equity or venture capital, which at 31 per cent was seven per cent higher than last year. Asset-based lending was the third most preferred option, selected by 24 per cent of respondents.

Of those sectors that said they were planning to raise finance in 2013, the highest number in the survey at 50 per cent was the hospitality and leisure sector. This was followed by real estate and construction industry at 29 per cent, and manufacturing at 27 per cent.

Unsurprisingly, the lowest number of respondents saying they would be seeking additional funding in the coming year was in the education and public sector.

But it was the financial sector that came out as the most confident within the survey, with over three-quarters of respondents in financial services saying they had no plans to raise finance over the coming year.

Rob Donaldson, Baker Tilly’s head of M&A and private equity said: “In the current climate, it’s not surprising that so many businesses are cautious about raising new finance.  Our findings validate what the banks have been saying for some time – credit is falling because of a lack of demand, not just supply.

“It is encouraging to see that business has moved on from ‘banker bashing’.  Whilst mistakes were made, our respondents recognise that banks are not the ‘bad guys’ they have often been portrayed by some sections of the media. For well run businesses with good information and strong growth plans, raising finance is not an insurmountable problem.” 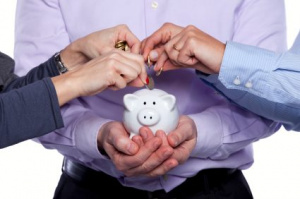 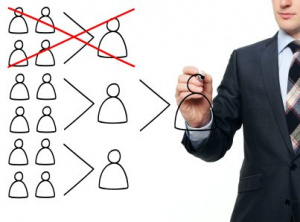